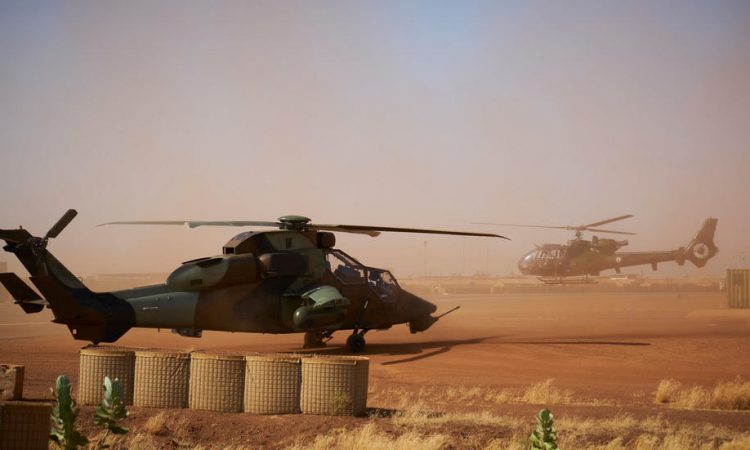 Thirteen French soldiers were killed in Mali when two helicopters collided during an operation against insurgents in the country’s restive north, officials said Tuesday, the heaviest single loss for the French military in nearly four decades.

The accident occurred late Monday while the helicopters were reinforcing ground troops pursuing the insurgents in the Liptako region, near the borders of Burkina Faso and Niger, the defence ministry said.

It brought to 41 the number of French troops killed in the region since they were first sent to Mali in 2013 and again highlighted the challenge for France of operating in a dangerous area the size of Western Europe.

Mali has been besieged by Islamic extremists carrying out deadly strikes against army outposts and other targets in recent weeks, a flare-up of violence despite years of efforts to stem the attacks.

A Tiger attack helicopter collided with a Cougar military transport helicopter while engaging the insurgents fleeing on motorbikes and in pick-up trucks.

Both aircraft crashed not far from each other, killing all on board, the ministry said.

One of the victims was the son of French Senator Jean-Marie Bockel, a centrist and former government minister who sits on the senate’s armed forces committee, the father confirmed to AFP.

“These 13 heroes had just one goal: To protect us. I bow my head in front of the pain of their families and comrades,” President Emmanuel Macron said on Twitter.

Mali’s President Ibrahim Boubacar Keita said the soldiers had died for Mali and all Sahel countries, as well as for France.

“The loss is heavy but the peoples of the Sahel share your bereavement,” he said in a letter to Macron.

Macron promised new measures “in the coming weeks” to bolster the fight against the Islamic insurgency in the Sahel, after receiving the presidents of Mali, Chad and Niger at the Elysee Palace.

France’s 4,500-member Barkhane force in Mali and four other West African countries is tasked with building up and training local security forces but also participates in operations against the insurgents.

Former president Francois Hollande, who took the decision to send troops to Mali in 2013 to drive back a sudden advance by Islamic insurgents, said “today France is in tears” for soldiers “who were fighting with courage against terrorism.”

Yet French officials acknowledge that local security forces remain woefully under-equipped and under-financed for shouldering the anti-jihadist fight despite years of French engagement.

Mali is just one of the countries in the Sahel region of Africa that have been caught in the eye of the jihadist storm since 2012, along with Niger, Burkina Faso, Niger and Chad.

Yet funding for their joint G5 Sahel force, which is supposed to take over from the Barkhane operation, has compounded training and equipment shortfalls.

Since January, more than 1,500 civilians have been killed in Mali and Burkina Faso, and more than one million people have been internally displaced across the five countries — more than twice the number of persons displaced in 2018, the UN said this month.