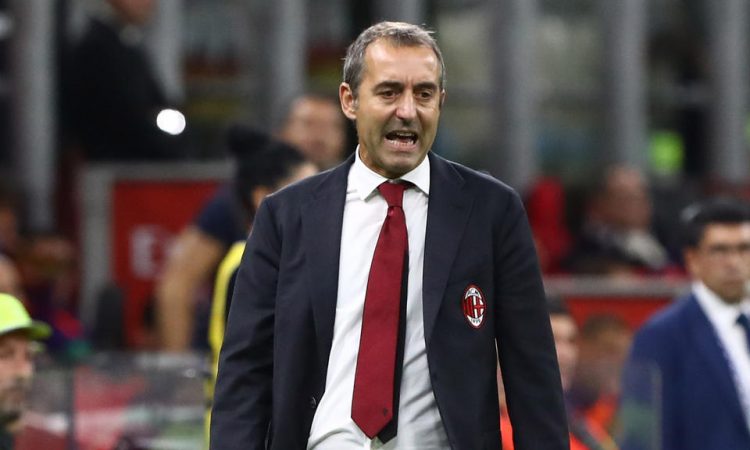 AC Milan on Tuesday sacked coach Marco Giampaolo after just seven games in charge as the former European giants slipped to 13th place in Serie A, with ex-Inter Milan coach Stefano Pioli poised to take over.

But after a run of four defeats that includes a 2-0 derby defeat to Inter the seven-time European champions are just three points above the relegation zone.

“The club is grateful to Marco for the work carried out and wishes him all the best to come in his professional career,” the team said in a statement.

The 52-year-old struggled from the outset at cash-strapped Milan, who surrendered their Europa League berth this season after breaching UEFA’s financial fair play rules.

Saturday’s 2-1 victory at Genoa wasn’t enough to save the former Sampdoria boss, who had been the seventh coach to sit on the Milan bench in the past five years.

Pioli is reported to be set to take over the ailing club, who won the last of their 18 Italian league titles in 2011.

The Gazzetta Dello Sport said Pioli was ready to sign a two-year contract on Wednesday morning worth 1.5 million euros ($1.64 million).

“Tomorrow we’ll talk,” Pioli told journalists as he arrived in Milan for negotiations on Tuesday.

Pioli has spent his entire 16-year coaching career in Italy with clubs including Bologna, Lazio, Inter and Fiorentina, but has never won any trophies as a coach. The #PioliOut hashtag quickly trended worldwide on Twitter thanks to the angry reaction from Milan fans.

The 53-year-old guided Lazio to the Champions League in 2015 and was coach of Fiorentina when captain Davide Astori died in his sleep ahead of a match last year.

Milan hope he can bring stability to the club that has experienced its share of backroom drama after being sold twice in the last two years.

Ex-Brazil international Leonardo stepped down as sporting director earlier this year to move to Paris Saint-Germain with former stars Paolo Maldini and Zvonimir Boban taking over.

Former Inter Milan coach Luciano Spalletti was reported to have been the team’s number one choice as their next coach.

However, the 60-year-old has not been able to agree severance terms with Inter, where he remains under contract until 2021, despite being replaced by Antonio Conte.