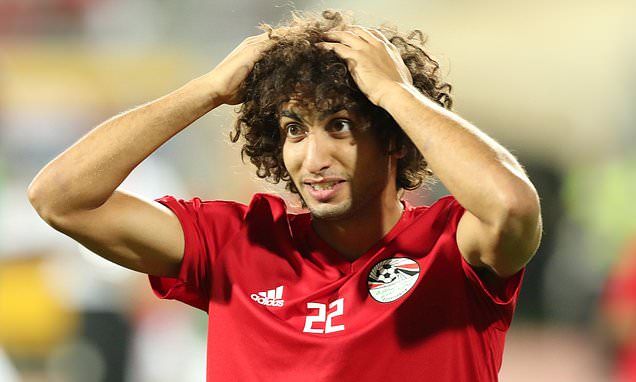 Egypt midfielder Amr Warda, who was kicked out of the squad over claims of sexual harassment, will return for the Africa Cup of Nations knockout stages at the request of his team-mates, the country’s football association said Friday.

The 25-year-old Warda was excluded ahead of Wednesday’s 2-0 victory over the Democratic Republic of Congo after sexual harassment claims surfaced earlier this week on social media platforms. Multiple women posted screenshots and testimonies of Warda’s alleged lewd comments, as well as explicit videos attributed to the player.

The head of the Egyptian FA, Hani Abou Rida, “has decided to reduce the suspension of the player so it only runs until the ends of the first round,” the association said in a statement.

Hosts Egypt are already qualified for the last 16 of the competition after victories in their first two games in Group A.

Warda’s team-mates expressed support for him both during and after the win over DR Congo, with Mohamed Salah calling for “a second chance” while strongly condemning harassment.

Warda, who spent the second half of last season on loan at Atromitos from PAOK in Greece, issued an apology to supporters in a video on Facebook.

His reintegration into the squad sparked controversy on social media in Egypt, considered one of the worst offenders worldwide for sexual harassment — endured by more than 99 per cent of women in the county according to a 2013 United Nations report.

A lot of internet users, including women, took to his defence while the “team of harassers” hashtag, in Arabic, was the most shared in Egypt on Friday according to Twitter.

Faced with calls for leniency towards Warda, other internet users denounced a double standard in a country where several women and homosexuals are imprisoned for “inciting debauchery”.