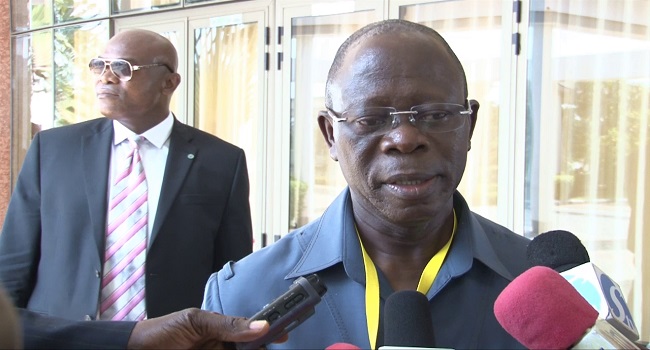 The All Progressives Congress (APC) has condemned the situation surrounding the inauguration of new State Houses of Assembly in Edo and Bauchi States.
The party in a statement signed by the National Publicity Secretary, Lanre Issa-Onilu described the situation in both states as a joke and an embarrassment.
APC said Democracy must be governed by the rule of law and the situation in both Edo and Bauchi is an illegality which they have viewed with shock and disappointment.
APC then called on the Governors of Edo State, Godwin Obaseki and Bauchi State, Bala Mohammed to urgently issue a proper letter of proclamation to allow lawful inauguration of the respective state House of Assembly and subsequent election of presiding officers in a transparent manner.
The ninth Edo Assembly was inaugurated on Monday, with nine members electing Frank Okiye as Speaker of the House.
The assembly has 24 members-elect. 19 aggrieved lawmakers had earlier addressed a press conference where they claimed that the governor was trying to impose the leadership of the house on members.
A similar mild drama played out in Bauchi on Thursday when 11 out of 31 lawmakers of the ninth Bauchi state house of the assembly elected a new speaker.
The lawmakers elected Abubakar Suleiman, the lawmaker representing Ningi Central Constituency (APC), as the Speaker on Thursday.
The two inaugurations were said to be masterminded by the respective state governors.