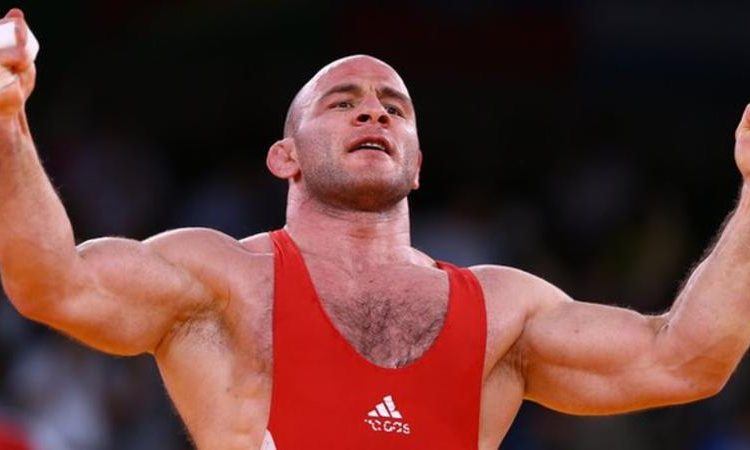 Taymazov had already lost his 2008 Olympic gold in 2016 after a positive test for an oral steroid in the International Olympic Committee’s (IOC) reanalysis programme.

Now a politician in Russia, his only remaining gold is from Athens 2004.

The IOC re-tests samples using new techniques not available in 2012.

There were nine positive tests before and during London 2012.

Other athletes who originally won London 2012 golds, such as Russian racewalker Sergei Kirdyapkin, his compatriot and high jumper Ivan Ukhov and Turkish 1500m runner Asli Cakir Alptekin, were stripped of their medals after rulings by the Court of Arbitration for Sport.

However, the re-testing scheme has seen a further 60 caught cheating – including 24 medallists.

Samples from 2012 can be re-tested for up to eight years after the Games.

The statute of limitations on doping offences was extended from eight to 10 years in 2015, but that cannot be backdated so the IOC has until next summer to announce any more positives from London 2012.