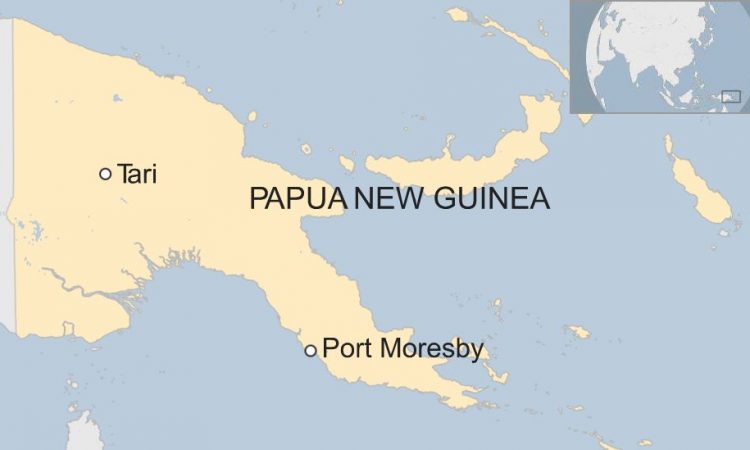 At least 24 people, including two pregnant women and their unborn children, were killed in a three-day spasm of tribal violence in Papua New Guinea’s lawless highlands, prompting the prime minister on Wednesday to promise swift justice.

Officials said the deaths occurred in Hela province — a rugged region in the west of the country — when rival tribes apparently clashed over control of local gold deposits in the mineral-rich soil.

Highland clans have fought each other in Papua New Guinea for centuries, but an influx of automatic weapons has made clashes more deadly and escalated the cycle of violence.

“We are still waiting for today’s brief from our officials on the ground,” he said, calling for at least 100 police to be deployed to reinforce some 40 local officers.

The incident has shocked both the country and recently appointed Prime Minister James Marape, whose constituency includes the district where the killings occurred.

He vowed more security deployments and warned the perpetrators “your time is up”.

“Today is one of the saddest day of my life,” he said in a statement. “Many children and mothers innocently murdered in Munima and Karida villages of my electorate.”

In the Karida attack, six women and eight children — as well as two pregnant women and their unborn children — were hacked and shot to death in a 30-minute rampage.

Local health worker Pills Kolo said it was hard to recognise some of the body parts, and posted images of remains bundled together with mosquito nets used as makeshift body bags.

Images provided by local police showed the corpses of two children of school age, one with severe head injuries.

Local media reported the attack appeared to related to the ambush and murder of six people the day before.

Marape blamed the violence on three related warlords who have been fighting against the Tagali tribe over local gold deposits.