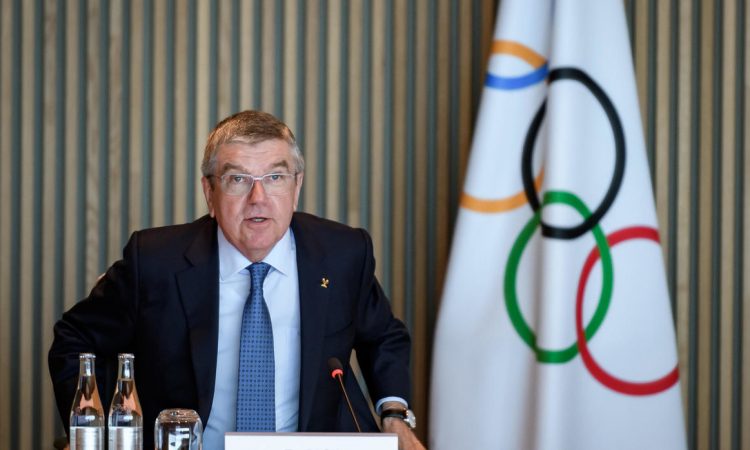 World Athletics chief Sebastian Coe has called for the Tokyo Olympics to be postponed over the coronavirus pandemic as Canada pulled out of the Games and Japan’s prime minister admitted a delay could be “inevitable”.

Australia also told its athletes to prepare for a Tokyo Olympics in 2021 as expectations grew that the event, scheduled to start on July 24, would be postponed.

Japanese and Olympic officials had stuck resolutely to the line that the Summer Games would go ahead on time, but criticism from athletes and sports bodies has swelled to a crescendo in recent days.

In a letter to International Olympic Committee president Thomas Bach, written before Sunday’s IOC meeting, World Athletics president Coe asked for the Games to be moved.

“Whilst we all know that different parts of the world are at different stages of the virus, the unanimous view across all our areas is that an Olympic Games in July this year is neither feasible nor desirable,” Coe said in his letter.

Prime Minister Shinzo Abe told parliament on Monday that Japan was still committed to a “complete” Games, but conceded “it may become inevitable that we make a decision to postpone”.

It was the second major concession in a matter of hours after the IOC said “the scenario of postponement” was one of the options under consideration, with a final decision due within four weeks.

“Human lives take precedence over everything, including the staging of the Games,” the IOC’s Bach wrote in an open letter to athletes after emergency talks.

“Cancellation would not solve any problem and would help nobody,” Bach added. “Therefore it is not on our agenda.”

Athletes and sports bodies have become increasingly vocal after restrictions imposed because of COVID-19 wrecked competition schedules and often made training impossible — and risky.

Canada highlighted the dangers to the broader community as they became the first team to withdraw from the Olympics and Paralympics, urging a year’s postponement.

“This is not solely about athlete health — it is about public health,” the Canadian Olympic Committee said.

“With COVID-19 and the associated risks, it is not safe for our athletes, and the health and safety of their families and the broader Canadian community for athletes to continue training towards these Games.”

“So wait… does this mean that athletes face up to another FOUR weeks of finding ways to fit in training — whilst potentially putting ourselves, coaches, support staff and loved ones at risk just to find out they were going to be postponed anyway?” she tweeted.

In his letter, Coe voiced concerns over the issue of competition fairness, with many athletes struggling to train properly, and potential injuries if they have to push themselves harder nearer the Games.

“No one wants to see the Olympic Games postponed but as I have said publicly, we cannot hold the event at all costs, certainly not at the cost of athlete safety,” he said.

The IOC is responsible for making any final decision on the Games, and has come under increasing pressure as the coronavirus emergency grows, with more than 14,400 deaths worldwide, according to an AFP tally.

It warned that the logistics of postponing the Games were extremely complicated, with venues potentially unavailable, millions of hotel nights already booked and a packed international sports calendar.

However, Australian Olympic officials said “it’s clear” that the Tokyo Games cannot go ahead as scheduled and told its athletes to prepare for a year’s postponement.

US track legend Carl Lewis had earlier became just the latest prominent voice to call for a delay, following similar demands from the American, French and Spanish athletics associations.

The virus has already had an impact on the Games, with qualifiers cancelled and events to celebrate the Olympic torch arrival and relay scaled back.

Despite the measures, more than 50,000 people flocked to a cauldron displaying the flame in northeastern Japan, raising fears about whether the relay can be held safely.

Some waited in a 500-metre (yard) queue for several hours, Japanese media said.

“I queued for three hours but watching the Olympic flame was greatly encouraging,” a 70-year-old woman told public broadcaster NHK.