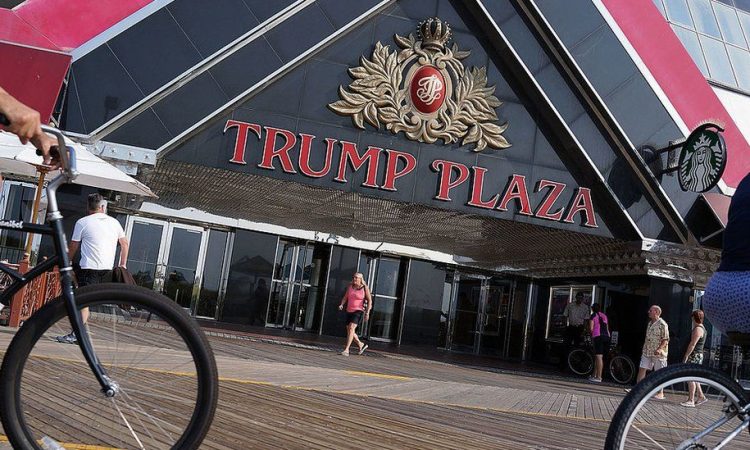 A casino formerly owned by Donald Trump is set to be demolished, and you can push the button for the right price.

The Trump Plaza Hotel and Casino in Atlantic City went bankrupt and shut in 2014. Now, the city is auctioning off the chance to dynamite it for charity.

The property was one of three Trump-branded casinos that once formed the centrepiece of the world-famous resort city nicknamed “America’s playground”.

But as revenues plummeted, Mr Trump cut his losses and his ties with the city.

City officials have called several times for the idle building to be torn down after chunks of the crumbling landmark repeatedly broke off and fell onto surrounding streets.

A bidding process that began on Thursday will determine who gets the right to count down and hit the button that will raze the 39-floor casino.

Proceeds from the auction will fund the local chapter of the Boys & Girls Club of America, a youth development organisation.

“I want to raise at least a million dollars and I think we can accomplish that,” said Atlantic City Mayor Marty Small Sr, in a press conference.

The mayor said his office has already been “bombarded” with phone calls about the auction, from Arkansas to Canada.

A noted hotspot of the “Roaring Twenties”, Atlantic City resurfaced in the 1980s as the de facto casino capital of the US east coast.

Touting it as a counterweight to Las Vegas, Donald Trump opened Trump Plaza at the centre of its famed boardwalk in 1984, then two more casinos, including the Trump Taj Mahal (which marketed itself as “the eighth wonder of the world”).

However, as gambling laws eased in neighbouring states, out-of-state gamblers stayed away and casino revenues dried up. Meanwhile, Mr Trump took on mountains of debt and endured negative press.

He distanced himself from the failing casinos and each one was sold off as his company filed for bankruptcy.

Atlantic City’s Mayor Small has been critical of Mr Trump’s past, saying: “He said he took advantage of the bankruptcy laws, took advantage of a lot of people, made a lot of money and then got out, so it’s extremely important that we do something worthwhile with this [demolition]”.

However, Mr Trump has held up his Atlantic City exploits as a success, once tweeting: “Does anyone notice that Atlantic City lost its magic after I left years ago?”

The demolition – originally set for January but postponed by inclement weather – will take place sometime in February.