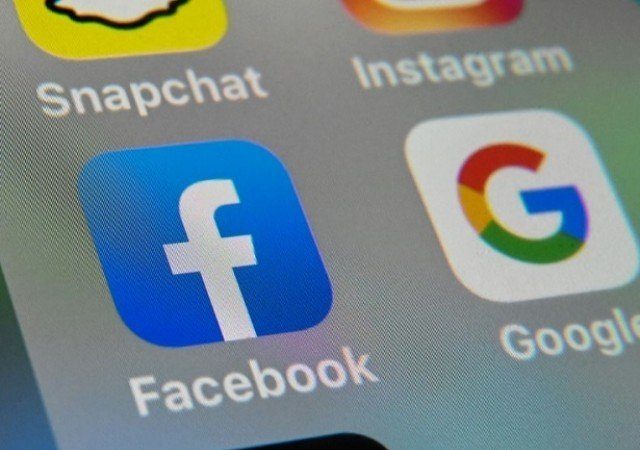 Australia will force Google and Facebook to pay media outlets for their content, the government announced Monday, vowing to lead the world in making the tech giants share lucrative advertising revenues with traditional media.

Treasurer Josh Frydenberg said a mandatory code of conduct — to be fully unveiled by July and made law soon after — will require the US-based firms to reimburse Australian media companies for using their news and other content.

“It is about holding these tech titans to account, about ensuring genuine competition, (and) it is about delivering a level playing field,” Frydenberg said.

“It is about keeping jobs in journalism and it is about ensuring a fair outcome for all.”

Google and Facebook have had a huge impact on Australia’s news industry, capturing two-thirds of online advertising spending.

In response to falling revenues, Australian news outlets have slashed 20 percent of jobs in the last six years.

If Australia is successful in its efforts to ensure more advertising revenue flows to publishers, it would be the first country to do so.

France last year became the first European state to implement an EU copyright directive that requires payment for reproduced news content, but Google has so far refused to pay and instead said it would no longer display French reports.

The impasse has prompted the country’s competition authority to order the firm negotiate with publishers.

A similar battle has played out in Spain, where Google News has not reopened since the country passed legislation in 2014 requiring payment for articles.

The mandatory code in Australia follows an 18-month inquiry into the power of digital platforms by the Australian Competition and Consumer Commission (ACCC), which recommended an overhaul of existing regulations.

Frydenberg said the government was imposing the measures after discussions on a voluntary code failed to make headway, with the impact of the coronavirus pandemic on advertising revenues hastening the need for action.

“We understand the challenge that we face,” he said. “This is a big mountain to climb. These are big companies that we are dealing with, but there is also so much at stake, so we’re prepared for this fight.”

ACCC chair Rod Sims said the consumer watchdog had advised the government it was “unlikely” the digital platforms would agree to pay for Australian news.

Facebook Australia and New Zealand managing director Will Easton said the company was “disappointed” by the government’s announcement, which came ahead of an agreed May deadline to produce the voluntary code.

“We believe that strong innovation and more transparency around the distribution of news content is critical to building a sustainable news ecosystem,” he said.

A Google spokesperson said the company had participated in the voluntary process and would continue to engage with both publishers and the ACCC.

“We’ve worked for many years to be a collaborative partner to the news industry, helping them grow their businesses through ads and subscription services and increase audiences by driving valuable traffic,” she said.

The drive for the new Australian rules has been led by powerful media mogul Rupert Murdoch, who has accused Facebook and Google of having “popularised scurrilous news sources” over reputable outlets.

“For two decades, Google and Facebook have built trillion-dollar businesses by using other people’s content and refusing to pay for it,” he said.

“The Australia media industry is at a tipping point and a mandatory code that leads to the platforms paying a fair — and very significant price — must be put in place urgently.”

Australia’s new regulations will also cover the sharing of data, and the ranking and display of news content, to be enforced by binding dispute resolution mechanisms and penalties.

An estimated 17 million Australians use Facebook each month and spend an average of 30 minutes on the platform a day, while 98 percent of Australian mobile searches use Google.