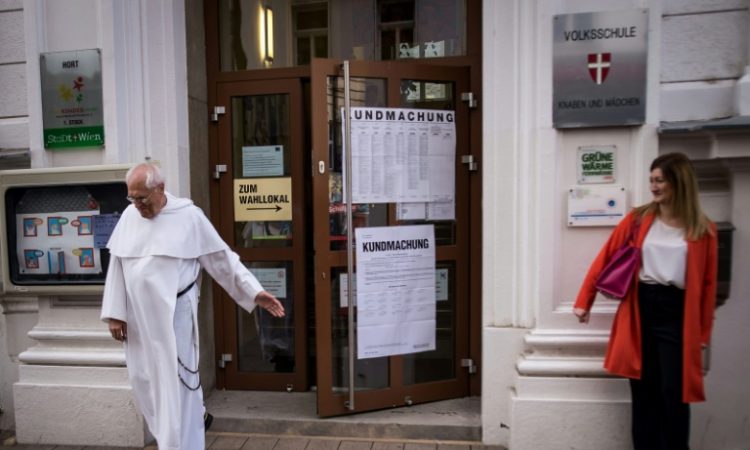 Austrians voted Sunday with the conservatives expected to win most seats but not a majority, forcing them into difficult coalition negotiations after a corruption scandal brought down their coalition government with the far-right.

The People’s Party (OeVP) led by 33-year-old Sebastian Kurz is predicted to win around 33 percent, up slightly from the last election two years ago but not enough to form a government on its own.

“We had too much chaos in the last months. We hope for something less chaotic,” Vienna voter Clara Heisinger told AFP.

The parliamentary election was brought about by the “Ibiza-gate” corruption scandal that engulfed Kurz’s far-right coalition partner in May, after just 18 months in government together.

“Our most important election goal is that there will be no majority (in parliament) against us,” Kurz said after casting his vote in Vienna.

The former law student, who has enjoyed a rapid ascent through the ranks to become the youngest-ever chancellor in 2017, has “nothing to win, but a lot to lose”, Die Presse daily warned in an editorial on Saturday.

“Even with a nice plus on Sunday, it is more difficult for him than in 2017,” it said, adding there was no partner that quite suited any more.

With 6.4 million people eligible to vote, polling stations across the country opened at seven am (0500 GMT) and will close at eight pm (1500 GMT) when the first projections are expected.

The vote is also seen as a test for the far-right Freedom Party (FPOe) after “Ibiza-gate” brought down its long-time leader. A fresh investigation against him — this time of alleged fraudulent expense claims — was announced this week.

Norbert Hofer, a former aircraft engineer who took over the party after “Ibiza-gate”, admitted the FPOe was facing “a real challenge”.

“It’s hard to say what the results will be. It’s important for us to get a stable basis after this election to strengthen the FPOe,” Hofer told reporters after voting in his native Pinkafeld, 120 kilometres (70 miles) from Vienna near the Hungarian border.