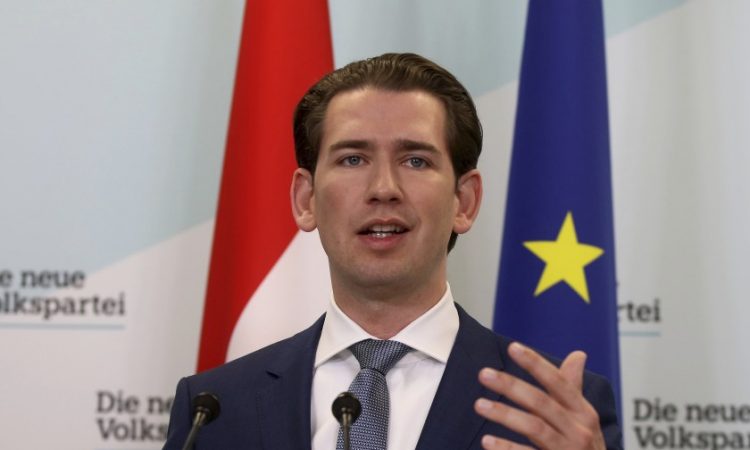 Austria’s conservative Sebastian Kurz will return to office Tuesday as the world’s youngest democratically elected leader heading an unlikely coalition with the Greens after his previous far-right alliance collapsed.

Vowing to “protect the climate and the borders”, the 33-year-old will become chancellor of a government — termed as “exotic” and “unlikely” by Austrian media — that marks the first time the Greens rule in the small Alpine country.

Kurz’s People’s Party (OeVP) and the Greens agreed last week to govern together after the last administration with the far-right fell apart in a corruption scandal, and both the OeVP and the ecologist party made key gains in September snap polls.

The alliance aims to please both sides by pushing for Austria to be carbon neutral by 2040 and also continuing its strict anti-immigration measures.

Some observers think the alliance could become a possible model for other European countries if it succeeds as nations across the continent grapple with populist sentiments but also climate change.

Kurz — whose conservative OeVP has been in government for more than three decades — has defended the undertaking as combining “the best of both worlds”.

The OeVP has 10 ministers in the new coalition, while the Greens have four with its party chief Werner Kogler, 58, taking on the vice-chancellor post.

Among the ministers being sworn in Tuesday more than half are women, including the defence minister, and many are in their 30s and 40s.

A Greens politician and former activist will head an enlarged environment ministry, which includes traffic, energy and technology as well.

The Greens have also nominated an openly lesbian party veteran to hold the culture portfolio, while a Greens legal expert of Bosnian origins, who arrived in Austria as refugee as a child, will head the justice ministry.