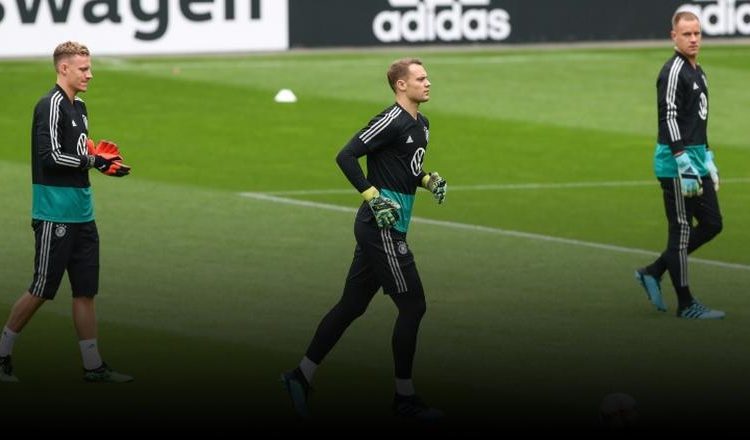 Barcelona ‘keeper Marc-Andre Ter Stegen, 27, is currently Neuer’s understudy and has voiced frustration at being kept out of the Germany side by the Bayern veteran.

Hoeness, however, has spoken up for Neuer and criticised German coach Joachim Low and the national federation for not backing the Bayern star more vocally.

“We will never accept that there will be a change,” the sports daily quoted Hoeness as saying.

“Before that happens we would prevent any of our players turning out for the national side.”

Along with Neuer, Bayern contributes several key players to the national squad with any boycott would deprive Low of defender Niklas Suele, midfieders Joshua Kimmich and Leon Goretzka as well as attacker Serge Gnabry.

Low had promised to give Ter Stegen more playing time in 2019 but so far he has made just one appearance for Germany, a 45-minute cameo in a friendly against Serbia last March.

Under FIFA rules, Bayern could face sanctions running from fines to exclusion from competitions for depriving the national team of players.