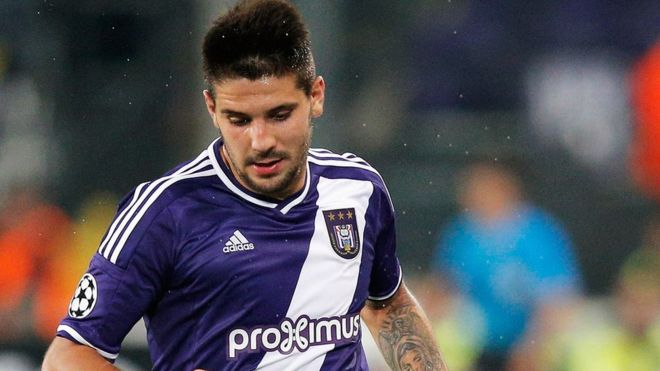 Two people have been arrested in connection with an inquiry in Belgium into alleged fraud involving the transfer of football players.

They were detained in raids in Belgium, London and Monaco on Tuesday and Wednesday, Belgian prosecutors say.

They gave no details, but those arrested are said to be a Monaco-based agent and an associate in Belgium.

Several top Belgian football clubs have been raided over the past year over allegations of transfer fraud.

The recent police raids included four in Monaco, two in Belgium and one in London.

Prosecutors said they are connected with an investigation into the £13m (€18m) transfer of Serbian striker Aleksandar Mitrovic from Belgian club Anderlecht to Newcastle in England in 2015.

“The facts involve notably money-laundering operations and private corruption in the context of football player transfers,” they said on Wednesday.

A Metropolitan Police spokesman said: “We have been assisting Belgian authorities with their investigation; no arrests have been made in London.”

It is understood that Newcastle believe they are not directly connected to the inquiry and as such are not part of the investigation.

In April, Anderlecht premises were searched in connection with that inquiry. No-one was detained at the time.

The recent arrests are not linked to an inquiry into suspected fraud involving transfers during the 2017-2018 season, officials say.