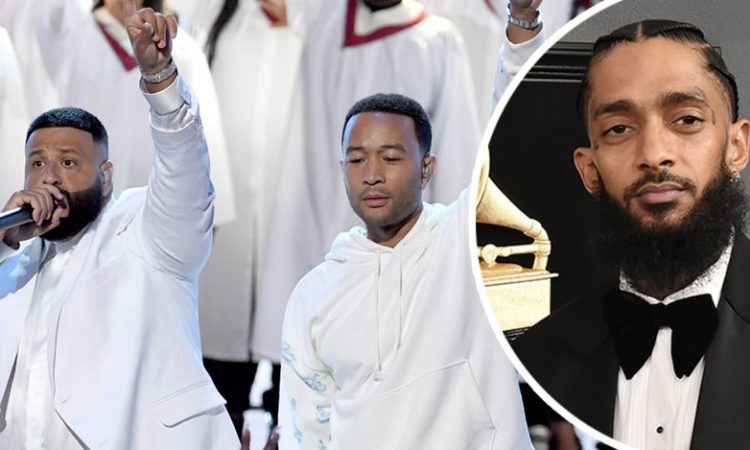 The carpet was blue at the BET Awards in a tribute to Nipsey Hussle, who was shot dead aged 33 in March.

The rapper was also given the Best Male Hip Hop Artist and Humanitarian Awards.

John Legend and DJ Khaled performed a musical tribute to Nipsey during the ceremony, which celebrates black culture in America.

Other winners included British singer Ella Mai, Cardi B and Childish Gambino – while Mary J Blige was given a Lifetime Achievement Award.

Nipsey Hussle’s parents, grandmother and three children were also on stage to accept his award.

The Central Park Five, whose story is told in Netflix drama When They See Us, were at the awards
In its 19th year, the BET (Black Entertainment Television) Awards ceremony had a political theme to it.

The Central Park Five – five men who were falsely accused of raping and killing a woman when they were teenagers – came on stage to introduce a performance.

The documentary series will take a look at the US probation and parole system and Meek Mill’s imprisonment.