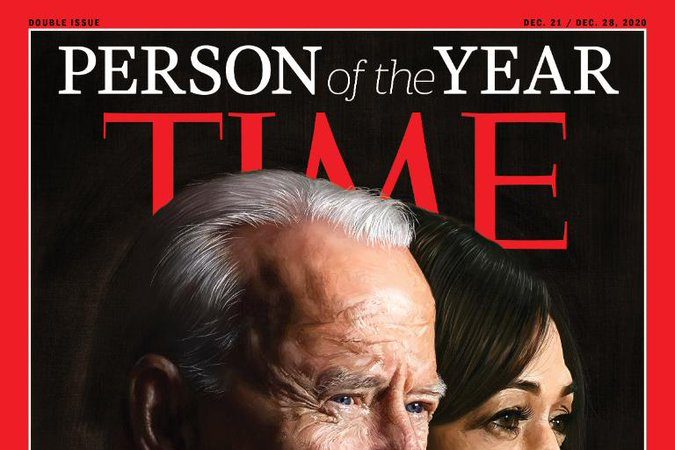 US President-elect Joe Biden and his running mate Kamala Harris have been chosen as Time magazine’s Person of the Year in 2020.

Time has been choosing the year’s most influential person since 1927.

“For changing the American story, for showing that the forces of empathy are greater than the furies of division, for sharing a vision of healing in a grieving world, Joe Biden and Kamala Harris are TIME’s 2020 Person of the Year,”

Mr Biden and Ms Harris, who was not mentioned on Time’s initial shortlist, are yet to publicly comment on the announcement.

In 2016, Mr Trump, then also president-elect, received the same recognition from the magazine.

Every year, Time chooses a person, a group, an idea or an object that “for better or for worse” has had the most impact on the events over the 12 months.

Last year, Time’s Person of the Year was Greta Thunberg, the Swedish schoolgirl who inspired a global movement to fight climate change. Thunberg, who was 16 at the time, was the youngest person to have won the nomination.