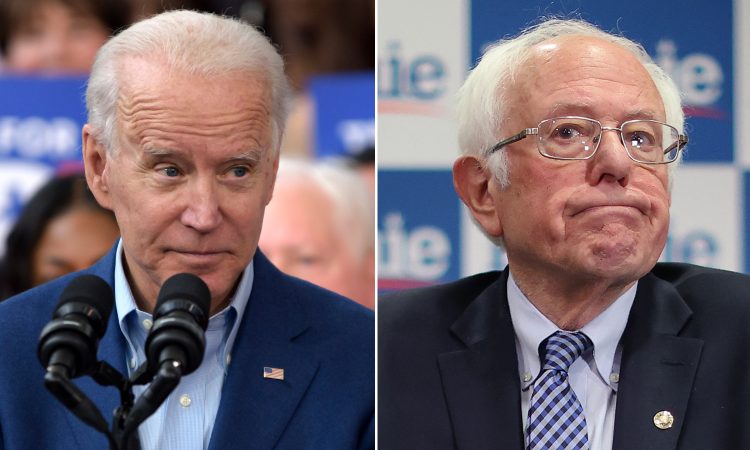 Polls opened in two of the three US states — Florida, Illinois and Arizona — holding Democratic primaries Tuesday in the face of a rapidly spreading coronavirus pandemic that has cast a pall over the presidential nomination race between Joe Biden and Bernie Sanders.

A fourth primary state, Ohio, postponed its elections until June on orders of Republican Governor Mike DeWine despite a judge’s ruling to the contrary, keeping voters at home amid the escalating public health emergency.

At a time when the government of President Donald Trump is urging people to avoid gatherings of more than 10 people, election authorities braced for disruptions in the process.

In Florida, the largest and most populous state voting on Tuesday, some two million people had already voted early or by mail, and turnout was expected to be extraordinarily low.

Adding to the obstacles, state authorities had to move dozens of precincts from senior centers to protect against the virus.

In Illinois, Chicago election commissioners were scrambling to find election judges after about 850 informed the county clerk’s office they wouldn’t show up, the Chicago Tribune reported.

Arizona polls opened a few hours after those in Florida and Illinois.

Democrats are in the midst of choosing a nominee who will challenge the Republican incumbent in November’s election, but doubts and concerns have undercut the process.

Despite DeWine’s move to shutter polling stations in Ohio, he appeared to be a lone official voice calling for delay, and failed to win support from Trump, who said it was “up to the states” to make the call.

Ultimately, the president said, “I think postponing is unnecessary.”

But the vote could be undermined in part by a potential scare factor for the elderly, who are at highest risk of contracting COVID-19.

So far, the epidemic has claimed the lives of 85 people in the United States and infected 4,661, according to a running tally kept by Johns Hopkins University.

Officials in Florida, with the most delegates in play Tuesday, said the state is pulling out all the stops to keep the process safe.

In Arizona, Governor Doug Ducey said state and Democratic Party officials agreed that the primary should go on.

“We have no guarantee that there will be a time in the future when it will be safer than tomorrow,” Ducey said Monday.

Biden and Sanders say they will campaign exclusively online for now — a scenario unheard of at the height of a US presidential primary battle.

Both are taking precautions during the outbreak: they are washing hands frequently, staff is working from home, and live campaign events have been scrapped

The inability to campaign in person imposes a particular handicap on Sanders, who has consistently mobilized large and enthusiastic crowds at his events.

Sanders has acknowledged he is now the underdog in the delegate race but stressed his progressive movement has “transformed” the 2020 campaign.

“We have in many ways won the ideological struggle,” he said, by drawing voters and rival Democratic candidates towards his more liberal policies, including tuition-free public university educations.

He said the pandemic served as an example of why Americans would be better served by a universal health care system.

Biden has hammered Sanders’ so-called “Medicare for All” plan as unrealistic given today’s political divisions, saying Sanders has yet to explain how he would pay for such a costly reshaping of the economy.

“People are looking for results, not a revolution,” Biden said during Sunday’s one-on-one debate, referring to Sanders’ call for radical socio-economic change.