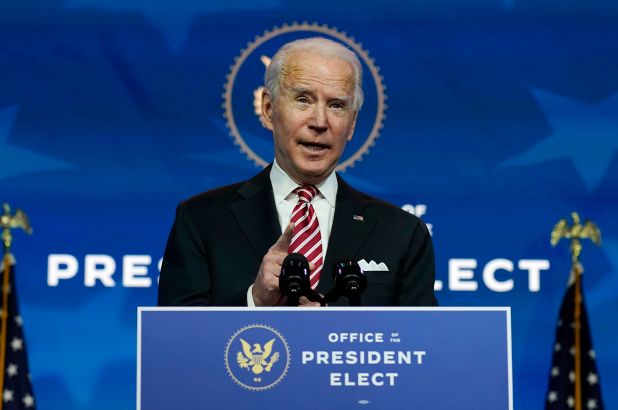 US President-elect Joe Biden’s spokeswoman says the US will maintain travel bans on the UK, much of the EU and Brazil – despite an order from President Donald Trump to lift them.

The White House decreed on Monday that the entry ban would end on 26 January – six days after Mr Biden takes office.

But Mr Biden’s spokeswoman, Jen Psaki, said on Twitter that now was not the time to be easing travel measures.

Mr Biden is due to be inaugurated on Wednesday.

The US imposed the restrictions on Europe last March and the Brazilian entry ban was put in place in May.

“On the advice of our medical team, the administration does not intend to lift these restrictions on 1/26,” tweeted Ms Psaki, immediately after President Trump’s decree was issued.

“In fact, we plan to strengthen public health measures around international travel in order to further mitigate the spread of Covid-19.”

She said that with “more contagious variants emerging around the world, this is not the time to be lifting restrictions on international travel”.

Just minutes earlier, the White House had issued a statement saying that President Trump had signed an order lifting the entry ban on the UK, Ireland, the Schengen area of Europe that allows travel across open borders, and Brazil from 26 January. Travel bans for China and Iran would remain in place, the order said.

Following an order last week by the US Centers for Disease Control and Prevention (CDC), most air travellers arriving in the US from 26 January will have to provide a negative Covid-19 test or proof of recovery from the disease to enter.