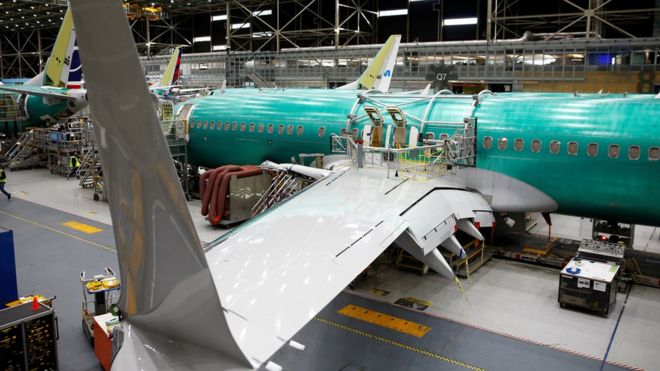 US regulators have uncovered a possible new flaw in Boeing’s troubled 737 Max aircraft that is likely to push back test flights.

The Federal Aviation Administration (FAA) said it identified the “potential risk” during simulator tests, but did not reveal specific details.

Boeing’s top-selling aircraft was grounded in March after two crashes.

The company is upgrading the aircraft’s anti-stall software, which is the focus of crash investigators.

In a tweet, the FAA said: “On the most recent issue, the FAA’s process is designed to discover and highlight potential risks. The FAA recently found a potential risk that Boeing must mitigate.”

Last month, the FAA indicated that approval of Boeing’s changes to the 737 Max could come in late June. That would have allowed test flights in early July.

There were initial hopes among airlines that the 737 Max would be back in the air during the summer, but that timetable was pushed back to late this year even before the latest news.