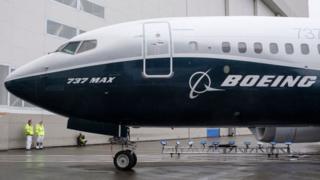 Boeing is warning that it might have to halt production of the 737 Max if grounding continues much longer.

The company reported its largest-ever quarterly loss of $3.4bn (£2.7bn) on Wednesday due to the troubled plane.

If hurdles with regulators worldwide continue, Boeing said it would consider reducing or shutting down production of the 737 Max entirely.

However, Boeing boss Dennis Muilenburg is confident the plane will be back in the air by October.

“As our efforts to support the 737 Max’s safe return to service continue, we will continue to assess our production plans,” Mr Muilenburg told investors in a conference call.

“Should our estimate of the anticipated return to service change, we might need to consider possible further rate reductions or other options, including a temporary shutdown of the Max production.”

Boeing’s entire fleet of flagship 737 Max planes was grounded in March after issues with the model were linked to an Ethiopian Airlines flight crash that killed 157 people.