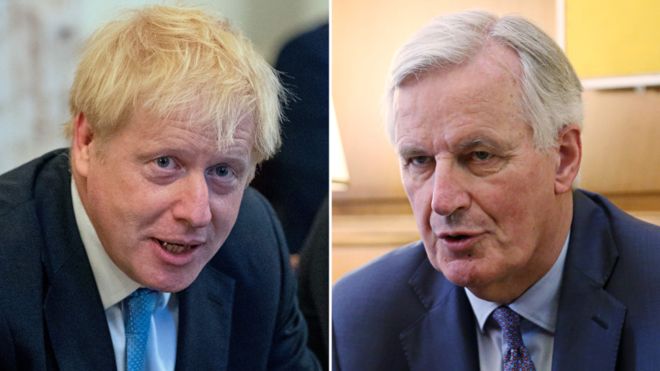 Top European officials have rebuffed the Brexit policy of Boris Johnson after his first speech to UK MPs.

The new prime minister said he was committed to “getting rid” of the Irish border backstop, which has long been a bone of contention in negotiations.

Mr Juncker reiterated the EU’s position that the already-negotiated withdrawal agreement was the best one possible – though he said the commission would be available over the coming weeks if the UK wanted to hold talks.

Boris Johnson gave his first statement in the House of Commons since becoming prime minister, and set out his position on Brexit, which he has promised to complete by 31 October.

The backstop is a key piece of the deal negotiated by his predecessor’s government, dictating what will happen to the border between Northern Ireland and the Republic of Ireland.

It is a last resort that guarantees a frictionless border if no better solution is devised in time – by maintaining close ties between the UK and the EU until such a solution is found.