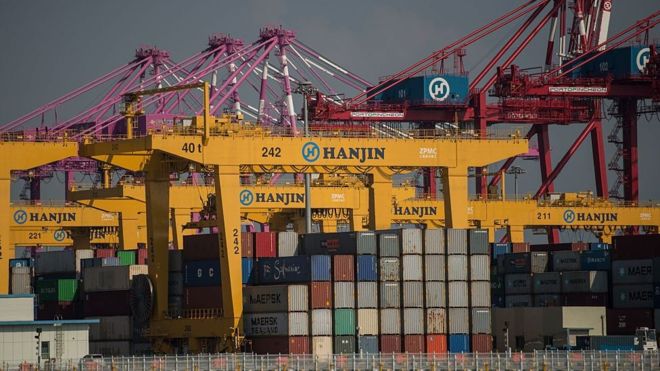 The preliminary agreement marks the first post-Brexit trade deal the UK has secured in Asia.

The agreement is roughly in line with the terms of the existing Korea-EU FTA.

“In so far as a (UK-S Korea) deal has been struck that’s a landmark moment,” Mouhammed Choukeir, chief investment officer at private bank Kleinwort Hambros told BBC 5 live’s Wake Up to Money.

“Where it’s not a big deal is that actually the biggest trading bloc still needs to be negotiated – the EU and US.”

The deal would cover South Korean exports including cars and auto parts. South Korea exports mostly cars and ships to Britain, while it imports crude oil, cars and whisky.

The agreement is designed to provide stability under a no-deal Brexit, with the UK due to leave the EU on 31 October, with or without a deal.