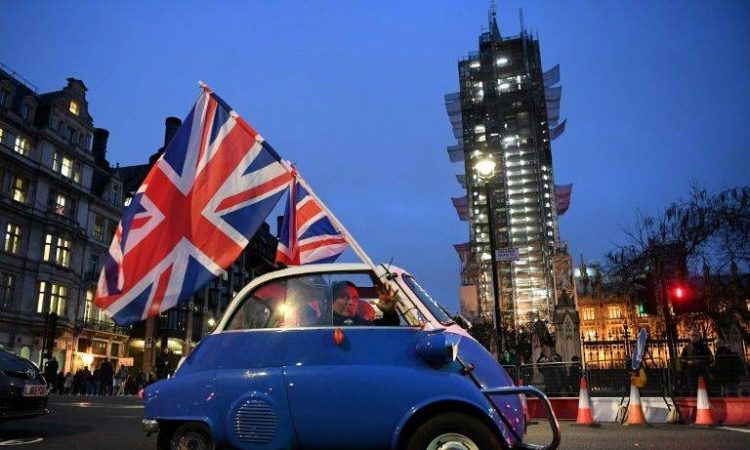 Britain began an uncertain future outside the European Union on Saturday after the country greeted the historic end to almost half a century of EU membership with a mixture of joy and sadness.

There were celebrations and tears on Friday night as the EU’s often reluctant member became the first to leave an organisation set up to forge unity among nations after the horrors of World War II.

Little has changed yet as the UK is now in an 11-month transition period negotiated as part of the divorce.

Britons will be able to work in the EU and trade freely — and vice versa — until December 31, although the UK will no longer be represented in the bloc’s institutions.

But legally, Britain is out.

Prime Minister Boris Johnson — whose decisive December election victory finally paved the way for Britain’s long-stalled departure — held a private party in his Downing Street office, with a clock projected on the walls outside counting down the minutes to Brexit.

In a televised address to the nation, he hailed a “new era of friendly cooperation”, acknowledging there could be “bumps in the road ahead” but predicting the country would make it a “stunning success”.

“This is not an end but a beginning,” Johnson added.

At a “Big Brexit Bash” in the market town of Morley, northern England, Raymond Stott said he was “glad it’s all over” after several years of domestic political gridlock and acrimony.

“We will look after ourselves. We don’t need Europe,” the 66-year-old added.

However, Brexit has exposed deep divisions in British society and many fear the consequences of ending 47 years of ties with their nearest neighbours.

Some pro-Europeans, including many of the 3.6 million EU citizens who have made their lives in Britain, marked the occasion with candlelit gatherings.

There was a sombre atmosphere on one of the last ferries to leave the European mainland pre-Brexit and make the 42-kilometre (26-mile) journey across the Channel.

Brexit has also provoked soul-searching in the EU about its future after losing a country of 66 million people with global diplomatic clout and the financial centre of the City of London.

French President Emmanuel Macron described it as a “historic warning sign” that should force the bloc and its remaining nations of more than 440 million people to stop and reflect.

In Scotland, where a majority voted to remain in 2016 and Brexit has revived calls for independence, pro-EU campaigners rallied in Edinburgh on Saturday.

First Minister Nicola Sturgeon had earlier tweeted: “Scotland will return to the heart of Europe as an independent country — #LeaveALightOnForScotland.”

In Northern Ireland — soon to be a new EU frontier — there are fears Brexit could destabilise a hard-won peace after decades of conflict over British rule.

“They’re going to have problems probably, sorting everything out with the border up the Irish Sea,” said Thomas Glover, 77, alluding to possible trade frictions between mainland Britain and the divided island.