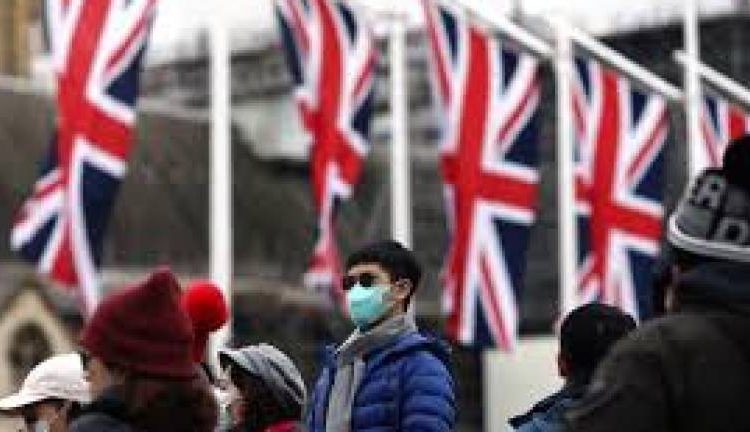 Britain’s leaders on Tuesday urged people to respect an unprecedented countrywide lockdown, saying that following advice to stay at home would stop people dying of coronavirus.

“Unless you stay at home, then the people you love most may die,” senior minister Michael Gove said in a round of broadcast interviews.

Prime Minister Boris Johnson late on Monday bowed to pressure to follow other European countries in shutting most shops and services, as the death toll reached 335.

Many streets were deserted on Tuesday morning, although reduced traffic still circulated in London and construction workers were allowed to stay on site.

Pictures on social media showed packed rush-hour trains on the London Underground “Tube” network, but this is partly as a result of a dramatic reduction in services.

Transport Secretary Grant Shapps said he spoke with London Mayor Sadiq Khan about running more trains to ensure key workers who must travel have “enough space to be safe”.

But Khan said on Twitter: “we cannot run more services than we currently are,” noting growing numbers of staff were off sick or self-isolating.

Johnson’s orders mean people must stay inside except to buy essentials and take daily exercise.

“You must stay at home,” he told the country in a televised address, which broadcast industry analysts said was watched by 27 million people, calling the situation a “national emergency”.

But there were questions about how the new rules will be enforced.

The prime minister’s spokesman said police would use their discretion in enforcing the lockdown, and focus on dispersing groups.

Fines for non-compliance would initially be set at £30 ($35, 33 euros) but could rise “significantly,” and those who fail to pay “could be subject to criminal proceedings and a summary conviction”, he added.

But Britain’s police forces were thinly spread even before the outbreak, which has caused further shortages due to officers self-isolating.

Peter Fahy, the former head of police in Manchester, said clarification was needed, particularly on how to enforce a new rule banning gatherings of more than two people.

“It will require a huge amount of public support, public acceptance and public compliance.”

Britain has been slower than some of its neighbours to impose a shutdown to tackle the outbreak of COVID-19 sweeping the globe.

Johnson insists he has been following the scientific advice, but many commentators suggest his instinctive dislike of telling people what to do has played a part.

Last week, the government told people to maintain ‘social distancing’ and on Friday shut pubs, restaurants and cafes — only to see crowds of people packing parks and beaches over the sunny weekend.

AFP reporters on Tuesday reported quiet streets with shops shuttered and pavements emptied except for joggers.

On Hampstead Heath, one of London’s most popular open spaces, many people were out for an early morning walk with their dog or for a run.

Most followed park signs to keep two metres away from each other.

One south London supermarket was doing brisk trade from the minute it opened at 6:00 am (0600 GMT), although most shoppers were keeping apart.

In Edinburgh — heavily reliant on tourism — tour guides, buses, bagpipers on street corners were nowhere to be seen, as the Scottish capital turned into a ghost town.

He promised an announcement on help for freelancers “in the coming days”.

“There will be challenging times ahead and despite the significant economic interventions that we have put in place, we will not be able to protect every single job or save every single business,” he told MPs on Tuesday.