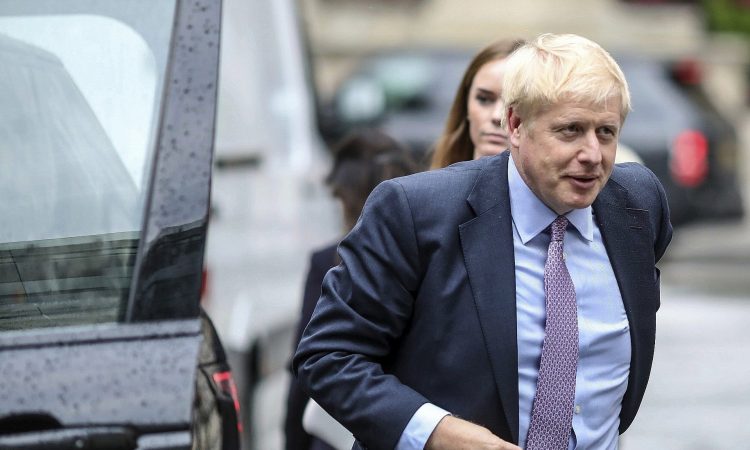 Johnson wants an early general election that could give him a mandate to take Britain out of the European Union with or without a divorce deal on October 31.

He spent Friday morning campaigning in Scotland among fishermen who strongly backed the Brexit referendum in 2016.

Johnson received a boost when the High Court in London rejected a legal challenge against his decision to suspend parliament from next week.

But it granted permission for the case to go to the Supreme Court for an appeal scheduled for September 17.

“My legal team and I will not give up the fight for democracy,” pro-EU campaigner Gina Miller told reporters.

And the upper House of Lords was set Friday to pass legislation that would force Johnson to seek a Brexit delay from Brussels unless he can strike a deal at an EU summit next month.

Johnson has branded the bill a “surrender” that would allow the other 27 EU leaders to dictate the terms on which Britain leaves its closest neighbours after 46 years.

He sacked 21 Conservative rebels who voted for the legislation in the House of Commons on Tuesday.

The decision left him without a working majority in parliament

Opposition parties and the rebel Conservatives are now set to approve the delay bill when it returns to the Commons on Monday.

They are also widely expected to block for the second time Monday his attempt to schedule snap polls for October 15.

“Never in history has there been an opposition party that has been given a chance to have an election and has turned it down,” Johnson said in Scotland.

“I think that they are making an extraordinary political mistake.”

Johnson has been adamant that he will not seek a third Brexit delay this year.

The main opposition Labour Party is plotting a strategy with smaller groups that could leave Johnson with no other alternative but to resign.

They are reportedly trying to make sure that an election is held only after Johnson is forced to go back on his word and seek a divorce delay.

This would happen if no new agreement is reached when Johnson attends an October 17-18 EU leaders’ summit in Brussels.

None is expected and EU officials say they have heard no new proposals from Johnson’s team.