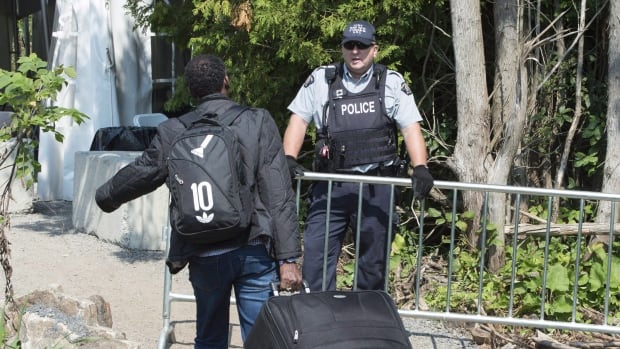 The Canadian government on Friday appealed a Federal Court ruling that struck down on human rights grounds a pact that compels asylum seekers trying to enter Canada via the American border to first seek sanctuary in the United States.

In July, the Ottawa-based court decided the 2004 “Safe Third Country Agreement” between the United States and Canada violated the human rights of those trying to enter Canada because they could end up being detained by U.S. authorities.

The case will now be heard by the Federal Court of Appeal and could end up at the Supreme Court.

Craig MacBride, a spokesman for Public Safety Minister Bill Blair, said the government believes there were factual and legal errors in the Federal Court’s ruling.

“The decision suggests all asylum claimants who are ineligible … and turned back to the U.S. are automatically detained as a penalty. This is not the case,” MacBride said.

Experts have said that suspending the agreement would have important implications for the Canada-U.S. relationship.

Under the pact, which remains in force because the court suspended its decision to allow time for Parliament to weigh in, asylum seekers who arrive at a formal Canada-U.S. border crossing are blocked and told to apply for asylum in the first country in which they arrived.

Lawyers for refugees who were turned away at the Canadian border say the United States does not qualify as a “safe” country under President Donald Trump, who has taken a hard line toward legal and illegal immigration and asylum seekers.

“I’m deeply concerned the government wants to continue turning people back into U.S. prisons where we know they will continue to suffer,” Silcoff said by phone, adding that the court “cited specific examples of how people experienced intolerable conditions in detention.”