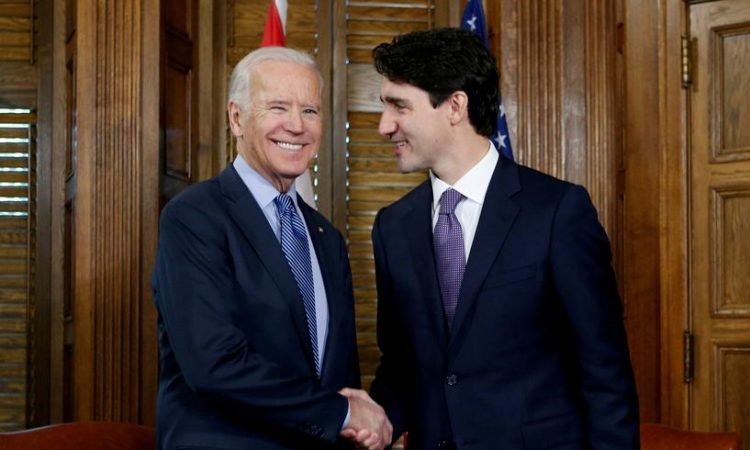 OTTAWA – Canadian Prime Minister Justin Trudeau said he spoke to U.S. President-elect Joe Biden on Monday and discussed issues such as the coronavirus, climate change and the case of two Canadians detained in China.

“We’ve worked with each other before, and we’re ready to pick up on that work and tackle the challenges and opportunities facing our two countries,” Trudeau said in a tweet.

Trudeau, one of the first world leaders to congratulate Biden on Saturday after the Democrat was declared the winner of the Nov. 3 presidential election, has had an often uneven relationship with President Donald Trump.

Trudeau said earlier that he was confident Biden’s administration would reinforce the message to China that its policy of arbitrarily detaining foreign citizens was not working.

After Canadian police picked up a top Chinese executive on a U.S. arrest warrant in late 2018, Beijing imprisoned two Canadian citizens and has since charged them with spying.

“(China’s) approach around coercive diplomacy is ineffective and extremely preoccupying for democratic nations around the world,” Trudeau said in a news conference on Monday.

“I am extremely confident that the incoming American administration will continue to be a good partner to Canada and other nations around the world as we look to impress upon China the approach they are taking is simply not working … (and) the importance of returning the two Canadians,” Trudeau said.

Other topics during the conversation with Biden included energy, trade, NATO and anti-Black racism.

“On these and other issues, (we) agreed to keep in touch and work closely together,” the Canadian leader said.