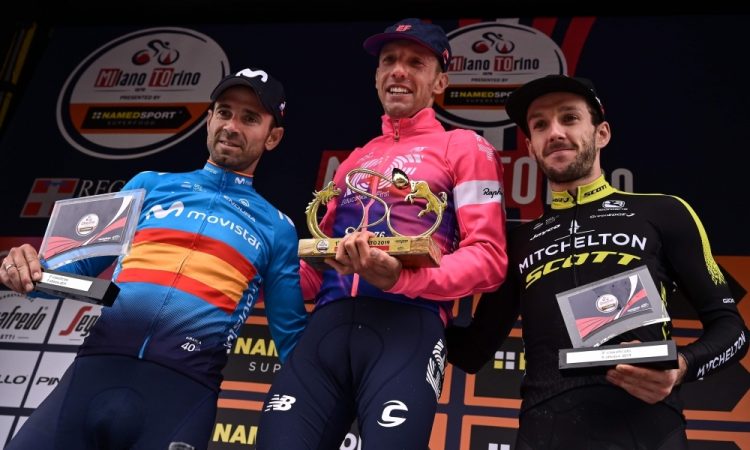 Canadian rider Michael Woods powered to victory in the 100th edition of the Milano-Torino one-day semi-classic cycling race through northern Italy on Wednesday.

The 32-year-old Education First rider accelerated on the final kilometre on a steep climb up to the Superga Basilica overlooking Turin, to finish in 4hr 03min 48sec.

Spanish former world champion Alejandro Valverde of the Movistar Team was close behind in second, with Mitchelton-Scott’s Adam Yates five seconds adrift after the 179km run from Magenta, north of Milan.

“Any time you can beat Valverde is a special time,” said Woods. “I was fortunate to have a very strong team today. I maybe attacked a bit too much but I wanted to be offensive and I’m glad it worked out.”

It was a first victory of the year for Woods, who finished second behind Slovenian Primoz Roglic in the Giro dell’Emilia last weekend.

The Italian classic races continue on Thursday the 103rd edition of the Gran Piemonte, before the Tour of Lombardy, the fifth and final ‘Monument’ of the season, on Saturday.