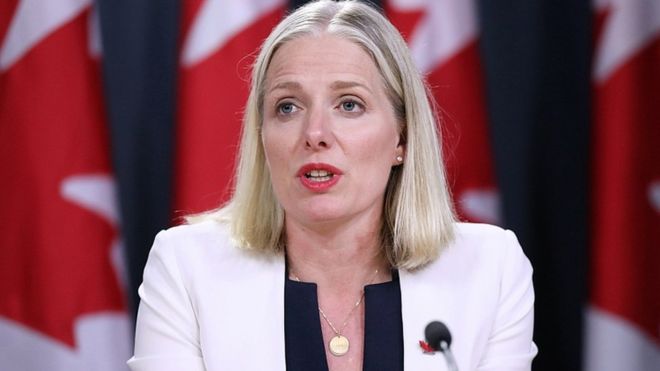 Canada’s environment minister says she has been assigned a security detail because of abuse she has received both online and in person.

Catherine McKenna said in one recent incident a man in a car pulled up alongside her and her children, swore and called her a “climate Barbie”.

Climate change has become a major issue in Canada’s federal election in October, with the two main parties taking opposing views on the subject.

Ms McKenna said she would now have extra protection at certain times, but did not give details.