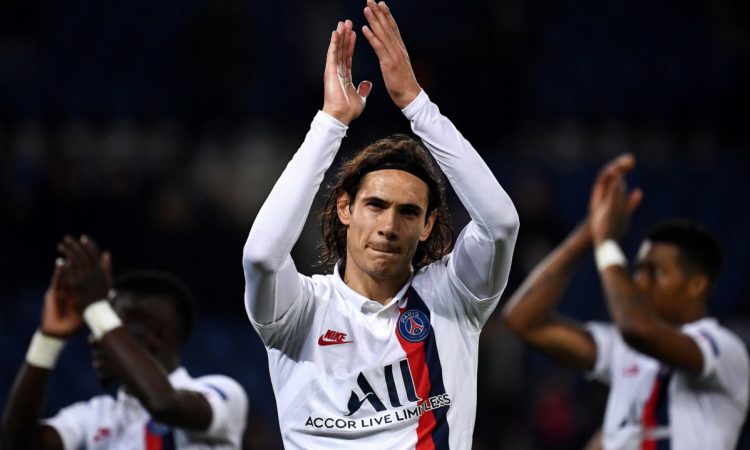 Edinson Cavani is set to make his first start for Paris Saint-Germain since August against Brest on Saturday after recovering from a hip injury, coach Thomas Tuchel said on Friday.

“He should play tomorrow, we need him to start playing,” Tuchel said ahead of the weekend’s clash.

Cavani has been absent from the French champions’ starting line-up thanks to a combination of the persistent injury and the hot form of new arrival Mauro Icardi.

He has made substitute appearances in PSG’s last two Ligue 1 matches against Marseille and at Dijon, as well as their midweek Champions League win over Club Brugge.

Tuchel added that the Uruguayan, who is PSG’s all-time leading scorer with 195 goals, is “disappointed” to have slipped back in the attacking hierarchy, but is in a “good state of mind”.

The German said that he was unsure whether in-form Icardi would take part after picking up a knock to his left foot after scoring the winner in the 1-0 victory over Brugge.

The Argentine has stolen the show in recent weeks with eight goals in his last seven appearances in all competitions.

“I don’t know about Mauro yet, he was in a lot of pain after the match,” said Tuchel. “We need to see if he will be able to play.”

World Cup-winner Kylian Mbappe misses the trip to Brittany with a leg problem he suffered in the midweek European win over Club.

Thilo Kehrer, Ander Herrera and Thomas Meunier are also all out.

PSG have a six-point lead at the top of Ligue 1 despite losing 2-1 at Dijon last time out.