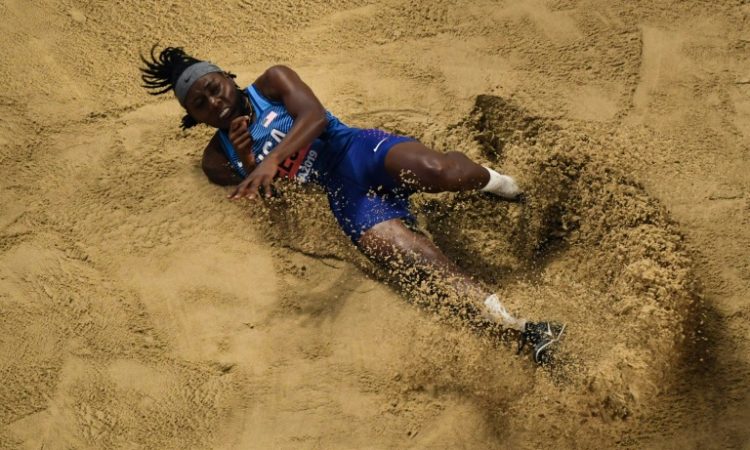 Seven-time world long jump champion Brittney Reese was left wanting to punch something after making a shock exit in the qualification rounds on Saturday.

The 33-year-old American veteran, the 2012 Olympic champion and reigning outdoor champion, failed to make Sunday’s final after only managing a best jump of 6.52 metres.

That left her one spot outside the top 12 and a place in the final, with team-mate Sha’keela Saunders squeezing in just ahead of Reese with a best jump of 6.53.

Reese, who jumped 7.0m at the US trials in July and who has regularly jumped that distance in practice this year, blamed no-one but herself for her exit.

“I just could never get my run-up going early,” she said.

“I felt good going in, everything felt headed in the right direction. I 100% put the blame on myself. I just didn’t execute the plan, totally my fault.

“I got out there and just didn’t do what I was supposed to do. It was totally on me.”

It was only the second time Reese has failed to reach a final in a career that has yielded four outdoor world championship gold medals and three indoor golds.

Reese said she will return to California to immediately start preparing for next year’s Tokyo Olympics.

“It’s time to buckle down and get ready for next year,” Reese said. “I just need to go punch something, I’ll be okay. Because it just can’t happen like that.”