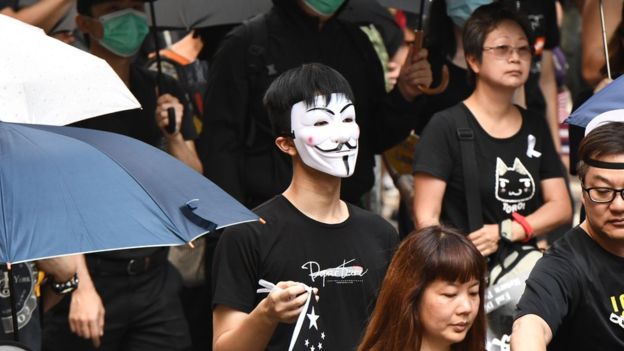 An activist involved in anti-Chinese protests in Hong Kong has been shot in the chest, police say.

The incident came as thousands of people demonstrated in defiance of a protest ban for the 70th anniversary of Communist rule in China.

Though people have been shot by rubber bullets in previous protests, this is the first injury from a live round.

Earlier, the Chinese flag was raised at a special ceremony in the territory.

Security was tight and the 12,000 invited guests watched the event on a live video feed from inside a conference centre.

On what is being described by protesters asThirty-one people were injured during the clashes, as police fired tear gas and protesters threw petrol bombs.

Two are in a critical condition, including the protester who was shot with a live bullet. a “day of grief”, people took to the streets in central Hong Kong and at least six other districts, blocking roads in some areas.