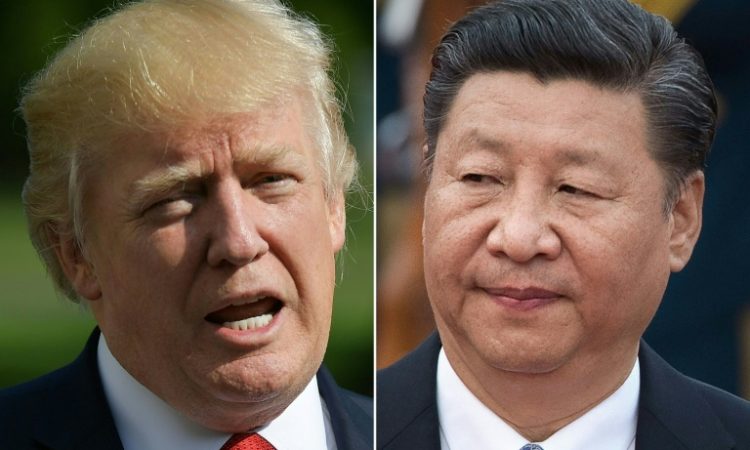 The trade war between the United States and China escalated on Friday as Beijing threatened to unleash “countermeasures” against US plans to impose tariffs on $300 billion in Chinese goods.

President Donald Trump jolted US and Asian stock markets as he issued the threat just a day after US and Chinese trade negotiators revived talks aimed at ending the year-long dispute.

“If the US implements the tariff measures, China will have to take necessary counter-measures to resolutely defend the core interests of the country and its people,” Hua said, adding that Beijing did not want a trade war “but is not afraid to fight one if necessary.”

She did not specify what kind of measures China would take, but in the past Beijing has hinted that it could restrict exports of rare earths that are vital to the US technology industry, and it is also drawing up a blacklist of “unreliable” foreign companies.

Trump’s announcement means virtually all of the $660 billion in annual two-way trade between the world’s two biggest economies will have tariffs on it.

China has imposed tariffs on $110 billion in American goods, almost all of the products it imports from the US.

Trump said 10 percent duties on $300 billion will take effect September 1, and come on top of the 25 percent tariffs on $250 billion in Chinese imports already in place.

Trump later raised the possibility he could increase the duties to “well beyond” 25 percent. “The 10 percent is… for a short-term period and then I can always do much more or I can do less, depending on what happens with respect to a deal,” he said at the White House.

After resuming face-to-face talks in Shanghai this week, trade negotiators were set to reconvene in Washington in early September for another round of discussions, which means they will take place just after the new tariffs take effect.

“Slapping on tariffs is definitely not a constructive way to resolve economic and trade frictions, it’s not the correct way,” Chinese Foreign Minister Wang Yi said on the sidelines of a regional meeting of top diplomats in Bangkok on Friday.

Admin5 months ago
30
Fast rising prices continued to trouble the US economy last month, though a drop in petrol costs provided some relief....

Admin2 years ago
161
Australia has passed a world-first law aimed at making Google and Facebook pay for news content on their platforms. The...