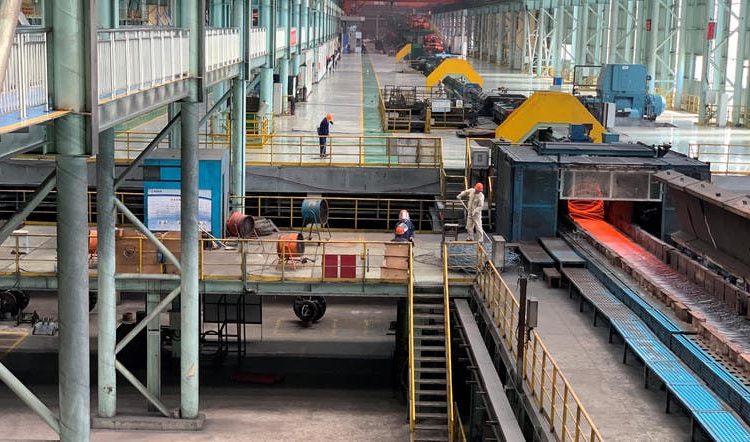 China’s manufacturing sector showed unexpected signs of improvement with two indexes showing Monday that manufacturing activity edged up in September, despite ongoing trade pressure with the US.

According to the National Bureau of Statistics, the Purchasing Managers’ Index (PMI) rose from 49.5 in August to 49.8 this month — better than predicted in a Bloomberg survey of economists.

However, for the fifth month it remained below the 50 level that divides expansion from contraction.

But an independent gauge, the Caixin China Manufacturing PMI, was more optimistic, saying there was a modest improvement in overall operating conditions during September, with production and total new orders both expanding at quicker rates than the month before.

The Caixin manufacturing PMI increased from 50.4 in August to 51.4.

The US and China have been locked in a bruising trade war for more than a year, with the world’s two biggest economies imposing tariffs on hundreds of billions of dollars in bilateral trade.

Caixin said confidence among goods producers was still “subdued” as worries persisted over the outcome of China-US trade negotiations, set to continue next month in Washington.

Julian Evans-Pritchard, of Capital Economics, said the improved data was unlikely to mark the start of a turnaround.

“Not only is global demand set to weaken further, but the long-overdue pull-back in property construction is getting under way,” he said.

“And with the fiscal stance unlikely to be loosened during the remainder of the year, the (central bank) will find it an increasingly hard sell to refrain from more decisive monetary easing.”

Government data released earlier this month showed that industrial output grew by 4.4 percent year-on-year throughout August, falling to its lowest level in 17 years and down from 4.8 percent in July.