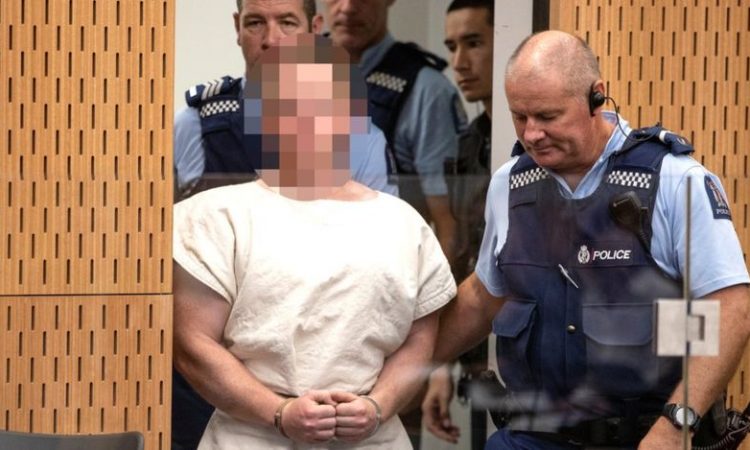 The man accused of killing 51 people in the Christchurch mosques attack has been charged with terrorism, New Zealand police have said.
Brenton Tarrant was charged with “engaging in a terrorist act”, police said in a statement on Tuesday.
He is already facing charges of murder and 40 of attempted murder following the attack on two mosques in the South Island city on 15 March.
It is the first time a person has been charged in New Zealand with an act of terror under this law.
Police – who met with victims’ families and other survivors to inform them of the charge before it was announced – said they consulted with legal experts and prosecutors before deciding to lay the additional charge.
Since the events of 15 March, there has been debate over what the benefit would be of adding the charge to the multiple counts of murder and attempted murder that have already been laid.
Proving in court that the accused was engaged in an act of terror will require examining motivation, not just intention.
BBC