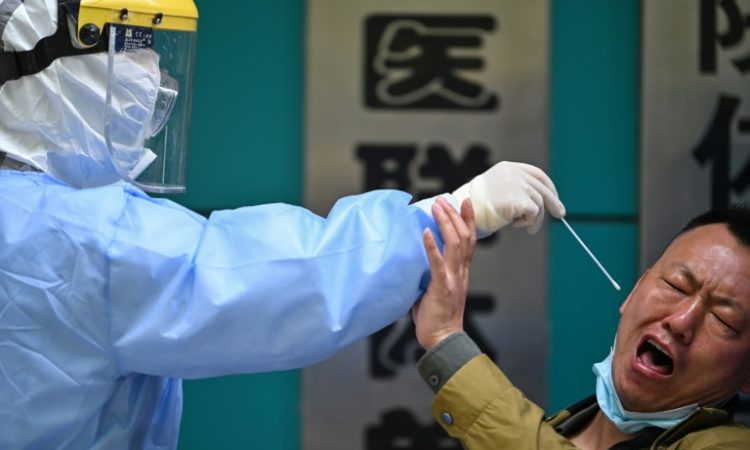 The Chinese city where the coronavirus first emerged raised its death toll by 50 percent on Friday, revealing the ground zero of the global pandemic had been much worse hit than Beijing had previously reported.

The revision came as a growing chorus of world leaders suggested China had not been entirely open about the full domestic impact of a virus that has killed more than 140,000 people globally and confined half of humanity to their homes.

It also followed US President Donald Trump ordering a cautious easing of lockdown restrictions in an effort to kickstart his stalling economy, and as GDP data revealed China’s economy had slipped into reverse for the first time in decades.

In Wuhan — where the virus was first detected late last year — an official announcement raised the city’s death toll by half, to a total of 3,869.

The additional deaths were cases that were “mistakenly reported” or missed entirely, the posting said.

But the revision will play into a growing narrative of Chinese untrustworthiness led by Trump’s nationalist administration.

That has now garnered support from Britain and France, fuelled by two US media outlets reporting suspicions the virus accidentally slipped out of a sensitive Wuhan laboratory that studied bats.

British Foreign Secretary Dominic Raab, deputising for Prime Minister Boris Johnson who is still recovering from the virus, said there would be “hard questions” for Beijing.

French President Emmanuel Macron told the Financial Times it would be “naive” to think China had handled the pandemic well, adding: “There are clearly things that have happened that we don’t know about.”

Beijing and Moscow slapped down the attacks, with Russian President Vladimir Putin denouncing “attempts by some people to smear China.”

World leaders are grappling with the question of when to re-open society, seeking a life-and-death balance between unfreezing stalled economies and preventing a deadly second coronavirus wave.

While Trump declared Thursday the time had come for the “next front in our war” with a phased re-opening of the US, others took the opposite path — Japan, Britain and Mexico all expanding current restrictions.

Despite the United States suffering a staggering 4,500 deaths in the last 24 hours — taking the national toll to almost 33,000 — Trump proclaimed: “We’re opening up our country.”

The president’s approach was more cautious than previous hopes for a sudden re-opening however, with state governors given the lead.

Lightly affected states can open “literally tomorrow,” said Trump, while others would receive White House “freedom and guidance” to achieve that at their own pace.

Top US government scientist Anthony Fauci said: “Light switch on and off is the exact opposite of what you see here.”

In New York state for example — where more than 11,500 have died — Governor Andrew Cuomo extended a shutdown order until May 15.

“Why does the economy matter if we’re not around to spend any money because we’re all sick?” the 31-year-old told AFP.

The shutdown was “stressful” but “you just have to roll with the punches… That’s what New Yorkers do.”

Meanwhile, there were more and more signals of the global economy imploding.

China’s reported Friday its gross domestic product shrank 6.8 percent in the first quarter of the year.

That is the first contraction since quarterly growth data became available in the early 1990s.