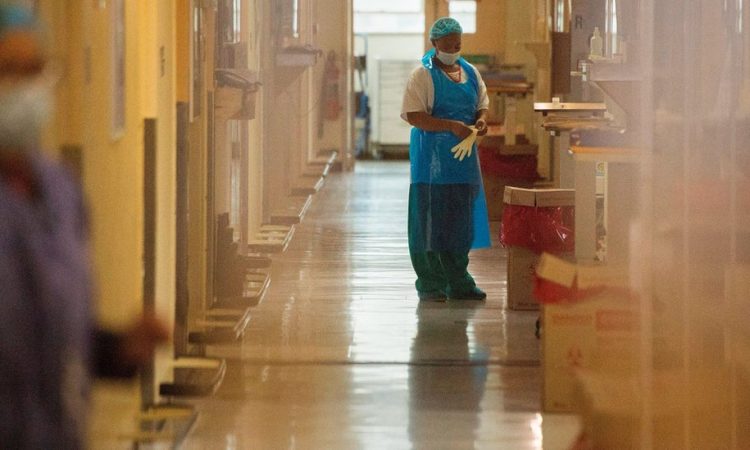 South Africa’s auditor general has said an investigation into the use of the government’s Covid-19 relief fund has revealed “frightening findings”.

He described overpricing and “potential fraud”.

He said in some cases personal protective equipment (PPE) was bought for five times more than the price the national treasury had advised.

The report also has flagged up 30,000 relief grants which “require further investigation”.

Kimi Makwetu has been tracking the spending of 500 billion rand ($26bn; £19bn) which is equivalent to 10% of the country’s gross domestic product.

“A lot of the effort that we put into this on the detection side of things has revealed a number of frightening findings that require to be followed up very quickly so that there is no significant passage of time before the required actions are implemented,” he said at a press conference on Wednesday.

In May, South Africa introduced social relief of distress grants of 350 rand per month for people who are unemployed.

But Mr Makwetu said the system was vulnerable to hackers, fraud and “double dipping”.

Out of four million people in the database he said the “somewhere around 30,000 beneficiaries require further investigation”.

He also said there was a need for the area of procurement of PPE to be “further scrutinised” as “there are instances of the price being 200% and, in some instances, fives times more” than the price the national treasury had advised.

He referred a list of cases pointing to the high risk of fraud to investigators and is expected to publish a fuller report in November.