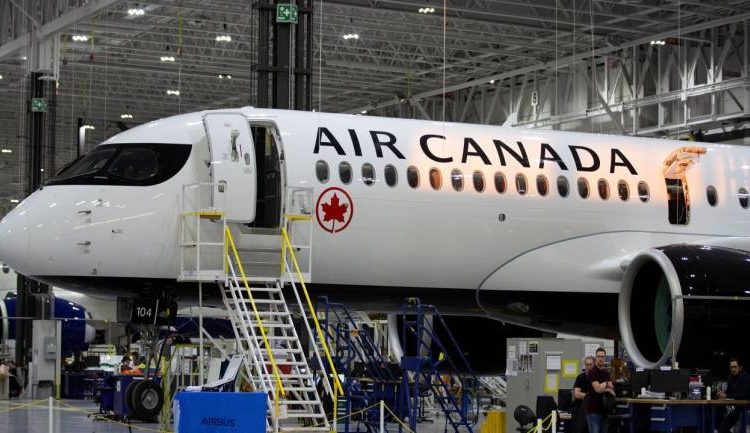 Air Canada announced Monday it would temporarily lay off nearly half of its employees and reduce activity by up to 90 percent in the second quarter due to the coronavirus.

The measures would affect 15,200 employees and about 1,300 managers from April 3, the airline said in a press release.

Last week, Air Canada — the first Canadian airline to be hit hard by the pandemic — announced the temporary layoff of more than 5,100 flight attendants, including 1,500 members of its low-cost subsidiary Air Canada Rouge.

“The unpredictable extent and duration of the COVID-19 pandemic requires a significant overall response,” Air Canada president Calin Rovinescu said in the statement.

“To furlough such a large proportion of our employees is an extremely painful decision but one we are required to take given our dramatically smaller operations for the next while.”

The Montreal-based company will reduce operations for the second quarter of 2020 by 85 to 90 percent compared to the same period the previous year.

A cost reduction program will be implemented to generate “at least $500 million” (320 million euros). Senior executives will give up a part of their salary, and the president and chief financial officer will give up their entire salary.

Air Canada has suspended most of its international flights, including to the United States, after the announcement of the temporary closure of the US-Canada border in an attempt to stop the spread of the coronavirus.

The number of airports in Canada it is now serving has been reduced from 62 to 40.

Air Canada employs 36,000 people around the world, according to the company website.

Canada’s second-largest airline, Air Transat, which is being acquired by Air Canada, also announced it would lay off nearly 2,000 flight attendants, beginning in early April.