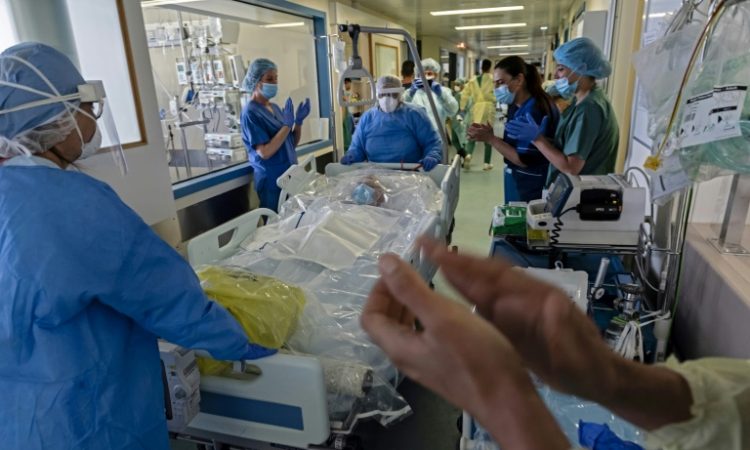 US scientists have hailed a potential breakthrough in the coronavirus fight after a trial showed patients responding to an antiviral drug, fueling global hopes for a return to normal despite mounting deaths and abysmal economic figures.

The news was enough to propel a rebound on Wall Street even after data showed the pandemic had plunged the United States into its worst economic slump in a decade, and Germany predicted its biggest recession since the aftermath of World War II.

It came as the World Health Organization’s emergency committee was due to meet Thursday for the first time in three months to discuss the evolution of the COVID-19 pandemic that has claimed more than 226,000 lives worldwide.

A clinical trial of the drug remdesivir showed that patients recovered about 30 percent faster than those on a placebo, in the first proof of successful treatment against the new disease.

“The data shows that remdesivir has a clear-cut, significant, positive effect in diminishing the time to recovery,” Anthony Fauci, the top US epidemiologist who oversaw the study, told reporters.

Fauci likened the finding to the first retrovirals that worked, albeit with modest success, against HIV in the 1980s.

Remdesivir failed in trials against the Ebola virus and a smaller study, released last week by the WHO, found limited effects among patients in Wuhan, China, where the illness was first detected in December.

Senior WHO official Michael Ryan declined to weigh in on the latest findings, saying he had not reviewed the complete study.

“We are all hoping — fervently hoping — that one or more of the treatments currently under observation and under trial will result in altering clinical outcomes” and reducing deaths, he said.

US President Donald Trump has accused the UN health agency of not responding quickly or aggressively enough, although critics say he is trying to deflect attention from his own response.

Itching to return to the campaign trail as he faces re-election, Trump announced he would resume travel next week with an event in the battleground state of Arizona — but not yet resume rallies, as contagion remains a risk.