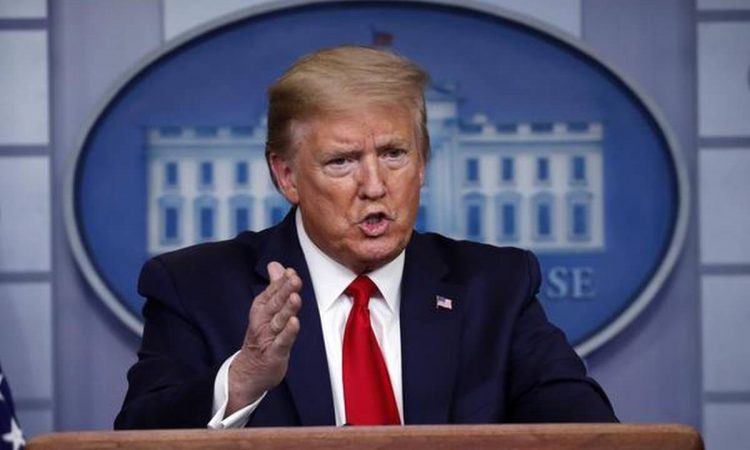 Donald Trump claimed he has seen evidence the new coronavirus originated in a Chinese lab, as he threatened tariffs on Beijing over its role in the global pandemic.

The US president’s assertion was immediately undermined by his intelligence chief and by his top diplomat, who said: “We don’t know precisely where it began.”

The gloom in the world’s largest economy found its parallel across the Atlantic, where experts warned of an unprecedented financial catastrophe in Europe.

More than 230,000 people are known to have died in a pandemic that has forced more than half of humanity to live under some kind of lockdown.

But speculation has swirled about a top-secret lab, reinforced by internet rumours and right-wing shock jocks — and increasingly taken up by the US president.

Asked if he had seen anything giving him a high degree of confidence that the Wuhan Institute of Virology was the source of the outbreak, Trump replied, “Yes, I have.”

He refused to give details.

However, Secretary of State Mike Pompeo indicated he had not seen definitive evidence.

“We don’t know precisely where it began,” he said.

The Office of the Director of National Intelligence said analysts “will continue to rigorously examine emerging information and intelligence to determine” the source of the outbreak.

Beijing has denied the lab was the source of the virus.

Last month foreign ministry spokesman Zhao Lijian said: “(World Health Organization) officials have repeatedly stated that there is no single evidence that the new coronavirus was produced in a laboratory.”

“Many well-known medical experts in the world also believe that the so-called laboratory leak hypothesis has no scientific basis,”

Trump is making Beijing’s handling of the outbreak a major issue for his November re-election campaign.

When asked about reports that he could cancel US debt obligations to China, Trump said he could “do it differently” and act in “more of a forthright manner”.

“I could do the same thing but even for more money, just putting on tariffs,” he said.