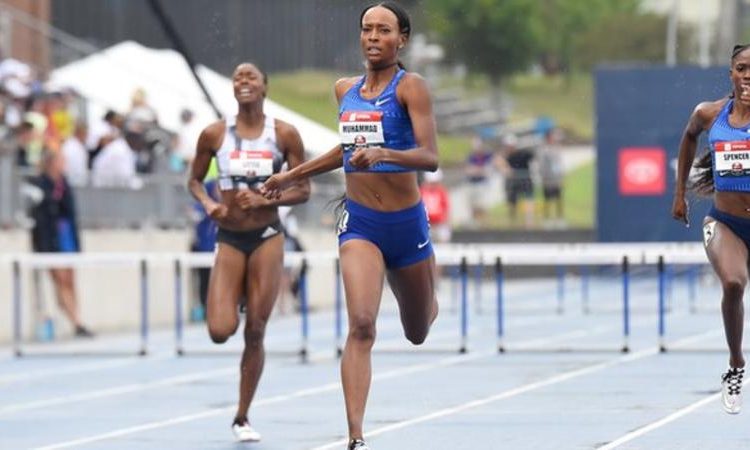 Olympic champion Dalilah Muhammad broke the 400m hurdles world record on the final day of the US National Championships in Iowa.

The 29-year-old took more than a tenth of a second off a record that had stood for 16 years, clocking 52.20 seconds to beat Russian Yuliya Pechonkina’s previous mark of 52.34.

Nineteen-year-old Sydney McLaughlin was second in 52.88 and Ashley Spencer third in 53.11. All three qualified for the World Championships in Doha in September, where they will be joined by reigning world champion Kori Carter in a formidable US quartet.

And Muhammad predicted her new record would not last nearly as long as the previous one.

Noah Lyles ran 19.78 seconds to win the men’s 200m, with 100m champion Christian Coleman second in 20.02 as both qualified for the World Championships.