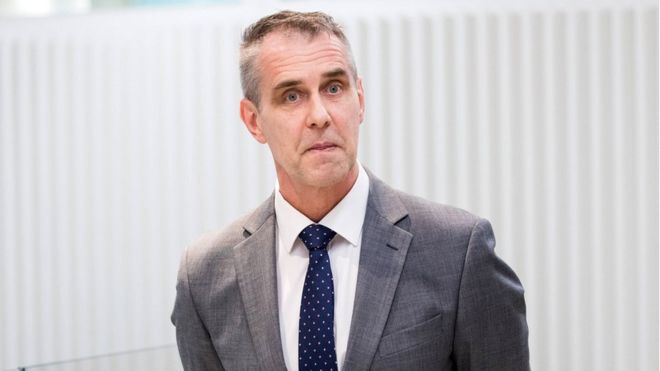 The former head of Danske Bank’s arm in Estonia has been found dead days after he went missing.

Police had been searching for Aivar Rehe since he left his home in Tallinn on Monday.

Mr Rehe was a witness in an ongoing money-laundering investigation, but not a suspect.

The bank is under investigation in several countries for payments of about €200bn (£177bn) through its Estonian branch between 2007 and 2015.

Police had said on Monday that they feared for Mr Rehe’s life, but added that they did not suspect third party involvement.

An Estonian police spokeswoman said on Wednesday: “The body of Aivar Rehe, who had been missing since 23 September, was found near his home this morning. The site had been checked previously. There is no sign of violence to the body and no indication of an accident.”

A Danske spokesman said the bank was saddened by the news. “Our thoughts are with the family.”

The bank is under investigation in countries including the Britain, Denmark, Estonia and the US over the suspicious payments.

The scandal centres on the branch’s handling of money flowing from Russia, Azerbaijan, and Moldova.

International financier Bill Browder, one of Russian President Vladimir Putin’s most public critics, has long alleged that Danske’s Estonian branch was “one of the main conduits related to the fraud”.