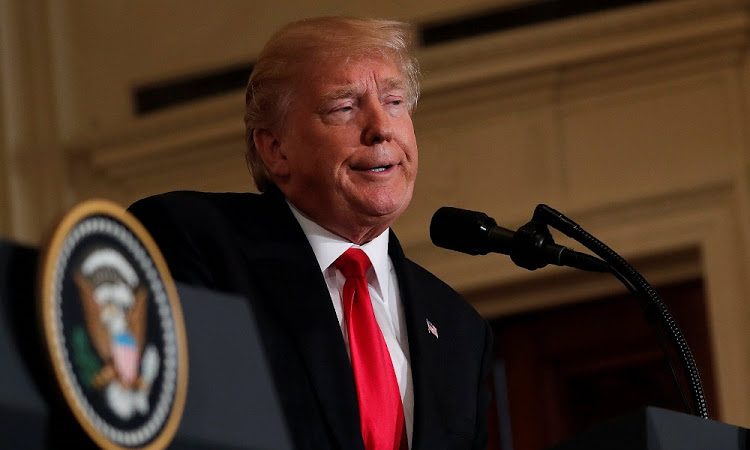 In a somber and hushed Senate chamber, Democrats began presenting their opening arguments in the impeachment trial of President Donald Trump on Wednesday, accusing him of using the power of his office to cheat in the upcoming election.

Adam Schiff, the head of the prosecution team from the House of Representatives, took the floor of the Senate after lawmakers were told by the sergeant-at-arms to remain silent during the historic proceedings.

“President Trump solicited foreign interference in our democratic elections, abusing the powers of his office to seek help from abroad to improve his re-election prospects at home,” the California lawmaker said.

“And when he was caught, he used the powers of that office to obstruct the investigation into his own misconduct,” said Schiff, who headed the probe that led to Trump’s December 18 impeachment by the Democratic-controlled House.

Schiff shrugged off Republican arguments that American voters — and not the Senate — should decide in November whether Trump should remain in the White House.

“The president’s misconduct cannot be decided at the ballot box for we cannot be assured that the vote will be fairly won,” Schiff said. “The president has shown that he believes he is above the law and scornful of restraint.”

Trump is accused of withholding military aid from Ukraine to pressure his Ukrainian counterpart to announce an investigation into Democrat Joe Biden, his potential presidential opponent.

Schiff appealed to the 100 senators to put aside partisanship in deciding Trump’s fate.

“The Constitution entrusts to you the responsibility of acting as impartial jurors,” he said. “Our duty is to the constitution and the rule of law.”

Republicans, who enjoy a 53 to 47 edge in the Senate, have shown little inclination, however, to break ranks with the president.

A two-thirds majority — or 67 senators — is required to remove a president from office and a series of votes on the ground rules for the trial on Tuesday followed strict party lines.

Republicans shot down a series of bids by Democrats to introduce White House witnesses and documents during nearly 13 hours of acrimonious debate that lasted late into the night.

Schiff and the other House managers have 24 hours over three days to make their case that Trump is guilty of abuse of power and obstruction of Congress.

White House lawyers will then have 24 hours to present their defense.

On Tuesday, House prosecutors and White House lawyers squared off in fiery exchanges over the rules for just the third impeachment trial in US history, leading Democratic Senator Chuck Schumer to lash out at Republican Senate leader Mitch McConnell.

“If there’s one thing we learned here on the Senate floor it’s that Leader McConnell and Senate Republicans don’t want a fair trial that considers all the evidence,” Schumer said.

After both sides present their cases, senators will have an opportunity to ask written questions to be read out aloud by US Supreme Court Chief Justice John Roberts, presiding over the trial.

Roberts’ role is mostly ceremonial but he did warn both sides, near the end of a marathon day marked by bitter clashes, to watch their decorum.

“Those addressing the Senate should remember where they are,” Roberts said.