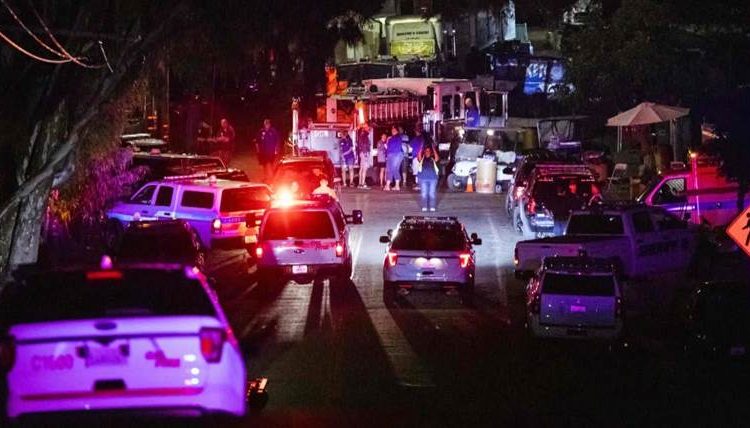 The FBI has opened a domestic terrorism investigation into the California food festival shooting that left three people dead, including two children.

Agent John Bennett said Legan, 19, was “exploring violent ideologies” but the FBI has not yet confirmed a motive.

An attack in El Paso on Saturday which left 22 people dead is being investigated as a domestic terrorism case. Law enforcement officials are studying an anti-Hispanic document posted online prior to the attack.

And on Tuesday, the FBI said a gunman in Dayton, Ohio, where nine people were killed on Sunday, also followed a “violent ideology”. But they said they had found no evidence that the attack was racially motivated.

The shooting at the garlic festival in Gilroy was the first of three mass shootings in eight days that together claimed 34 lives and wounded more than 50.

Legan died from a self-inflicted wound shortly after the attack in California on 28 July.

At a news conference on Tuesday, Mr Bennett said: “We have seen a fractured ideology. The shooter appeared to have an interest in varying competing violent ideologies.”

Because of the discovery of the target list and other information, the FBI had opened a “full domestic terrorism investigation”, he said.

Investigators found a list of groups from Legan’s digital media “that may have been potential targets of violence”, Mr Bennett said.

Officials are in the process of notifying the organisations, but will not confirm any names.

Legan opened fire on festival-goers using an “AK-47-type” assault rifle he had purchased legally. Three police officers returned fire and injured Legan who then turned his gun on himself.