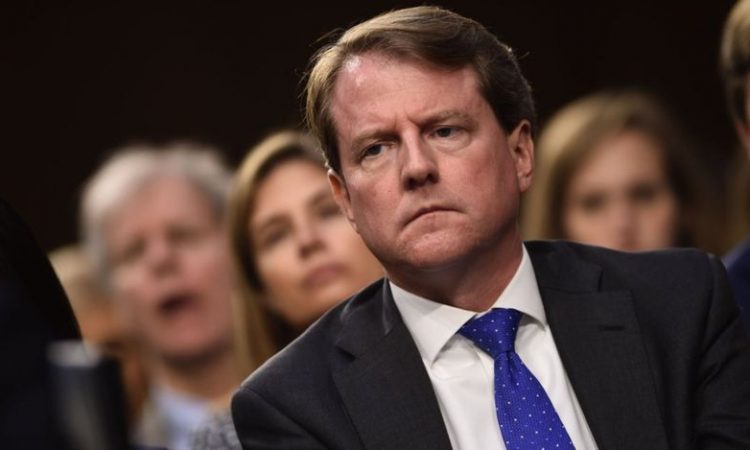 The White House has told a former adviser not to testify about Special Counsel Robert Mueller’s investigation, sparking outrage from Democrats.
Lawyer Donald McGahn previously told the investigation into Russian interference in the 2016 election that he had felt pressured by President Donald Trump to fire Mueller.
McGahn has been ordered to appear on Tuesday. But the White House has now directed him not to speak to the committee.
A letter to the Democratic-led House Judiciary Committee said lawyer Donald McGahn was “absolutely immune from compelled Congressional testimony”.
There are calls for an impeachment inquiry against President Trump if he does not testify.
McGahn served as White House counsel for nearly two years before his resignation in October 2018.
Both the Department of Justice and White House released statements on Monday arguing that McGahn was under no obligation to give evidence.
BBC