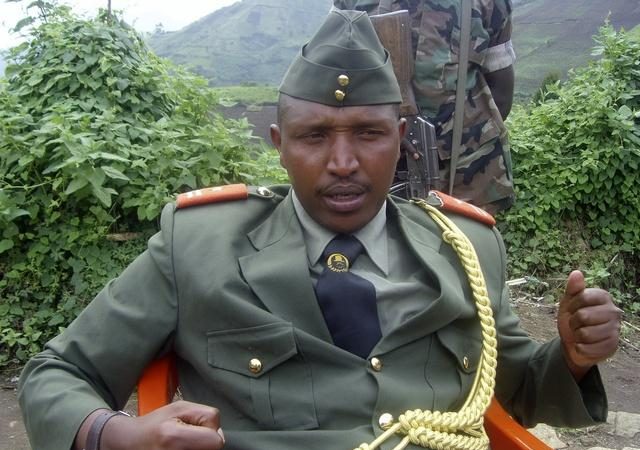 A former rebel leader has been found guilty of war crimes and crimes against humanity in the Democratic Republic of Congo by judges at the International Criminal Court (ICC).

His lawyers had argued that Ntaganda was a victim, having also been recruited as a child soldier.

He becomes the fourth person convicted by the ICC since its creation in 2002.

Ntaganda surrendered at the US embassy in DR Congo in 2013.

At 17, he began his fighting days – alternating between being a rebel and a soldier, in both Rwanda and DR Congo

A three-judge bench found Ntaganda guilty on all 18 counts of war crimes and crimes against humanity committed in the eastern region of Ituri between 2002 and 2003.

They said he bore direct responsibility in relation to parts of three charges of murder, attempted murder and intentionally directing attacks against civilians.

He was found to be responsible as an indirect co-perpetrator for rape and sexual slavery. The judges also ruled that he participated in the killing as the fighters he commanded ran rampage in the region.

The crimes took place when Ntaganda served as the deputy chief of general staff of Thomas Lubanga – who was the leader of UPC rebel group. He was convicted by the ICC in 2012.