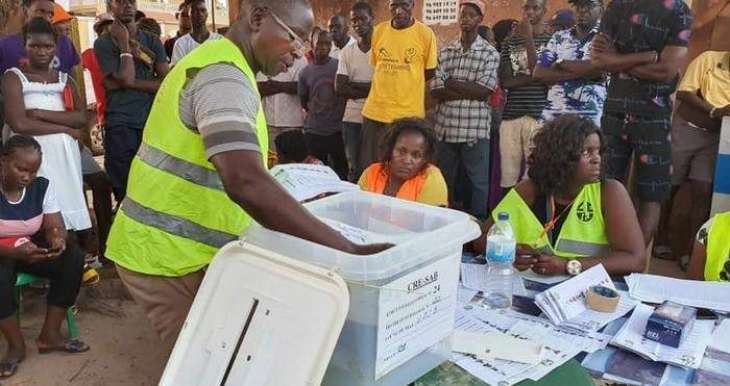 Voters in Guinea-Bissau are being called out to cast their ballots in a presidential runoff Sunday, capping a year of turmoil in the poor, coup-prone West African state.

After months of acrimony, people are being asked to choose between two former prime ministers — Domingos Simoes Pereira, from the traditional ruling PAIGC party, and opposition figure Umaro Sissoco Embalo.

Incumbent Jose Mario Vaz crashed out of the race in the first round in November — becoming the first elected president in 25 years to reach the end of his mandate without being ousted or dying in office, in a country where the military has loomed large.

Embalo, a former general who wears a red-and-white Arab keffiyeh headdress, is pitching himself as a unifier of the nation.

He is gambling that he can chip away at Pereira’s lead by getting backing from candidates knocked out in the first round in November.

Embalo “has been able to rally all of the country’s heavyweights behind him,” said political analyst Agusto Nhaga.

Polls open at 0700 GMT and close at 1700 GMT. Results are not expected until Monday.

A small country of 1.8 million people, Guinea-Bissau gained independence from Portugal in 1974, but has suffered a string of military coups, attempted coups and political assassinations ever since.

After the latest coup in 2012, the West African regional bloc ECOWAS deployed a nearly 700-member force to try to stabilise the nation.

A member of the European Union election observation team expressed cautious optimism that the military would not disrupt the political process this time.

“The soldiers are quiet. I hope that this will continue, but we will see after the results are announced,” they said.

The election campaign passed loudly and colourfully and with no violence.

Pereira, 56, a civil engineer by training, won 40.1 percent of the vote in the first round on November 24.

He belongs to the African Party for the Independence of Guinea and Cape Verde (PAIGC), which is historically rooted in the fight to end Portugal’s colonial rule.

The latest crisis erupted in 2015 when Vaz sacked Pereira as prime minister, a move that incensed the PAIGC.

Thereafter, Vaz was unable to get parliamentary backing for his proposed prime ministers — and parliament did not sit for nearly two years until April 2018 when Aristides Gomes was appointed “consensus” prime minister.