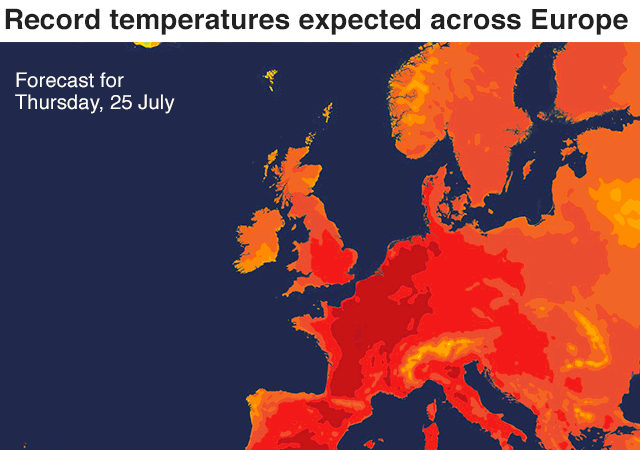 The French city of Bordeaux has hit its highest temperature since records began, as Western Europe braces for the second heatwave to hit this summer.

Forecasters predict a record-breaking run across Europe this week, including Belgium, Germany and the Netherlands.

Much of France has been issued with an orange alert – the second highest level of warning.

Comparisons have been drawn to a heatwave France experienced in August 2003, during which heat contributed to almost 15,000 deaths.