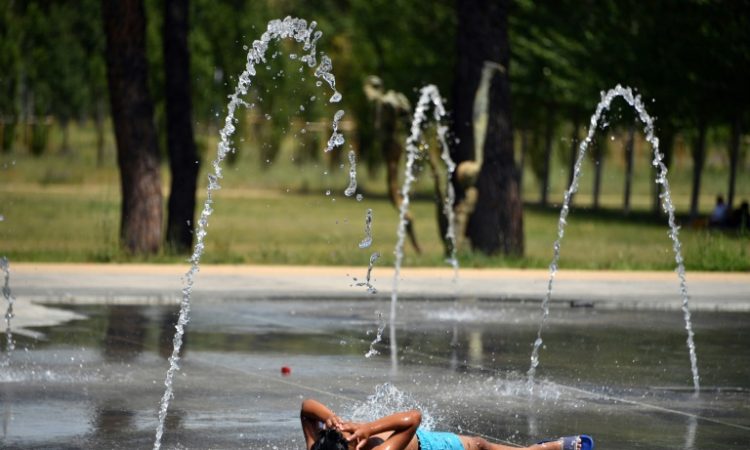 Europe sweltered Saturday on the sixth day of a widespread, deadly heatwave that has fuelled record-breaking temperatures, huge blazes and pollution peaks.

With France, Italy, Spain and some central European nations posting all-time high temperatures, officials pleaded with people to take precautions, with promise of reprieve from Sunday.

The heat has officially claimed four lives in France, two in Italy and another two in Spain, including a 17-year-old harvest worker, a 33-year-old roofer and a 72-year-old homeless man.

The hot spell sparked several blazes, including in Spain where firefighters were again battling high flames in strong winds and blistering heat Saturday just after they managed to contain another inferno after nearly 72 hours.

A fire that started Friday in the central Spanish town of Almorox burnt at least 1,600 hectares (4,000 acres), spilling over into the Madrid region and forcing the evacuation of a village, emergency services said.

In France, about 40 fires were reported, razing about 600 hectares and dozens of houses in the Gard department in the country’s south.