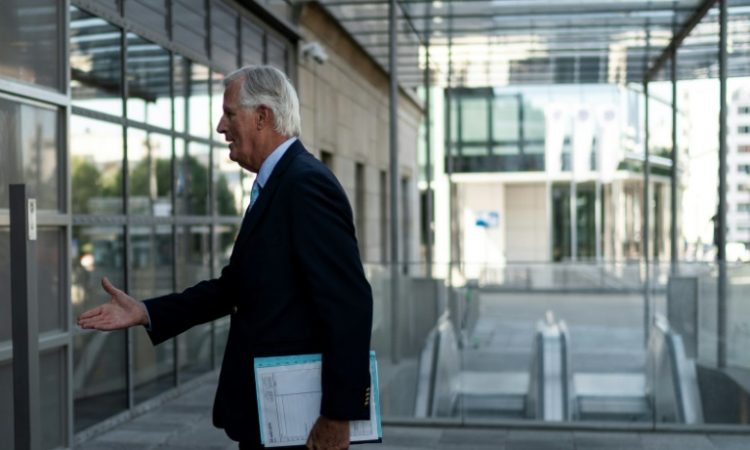 EU negotiator Michel Barnier said in an interview published Sunday the bloc will not change the divorce deal agreed with Britain as MPs prepare for a showdown week over Brexit.

Barnier insisted the agreement’s most contentious element, a so-called backstop mechanism to keep the Northern Irish border open in all post-Brexit circumstances, must remain in place.

“The backstop is the maximum amount of flexibility that the EU can offer,” Barnier wrote in the Sunday Telegraph newspaper, following what he called “intense discussions” among member states.

He added he was “not optimistic” of avoiding Britain crashing out of the European Union without a deal on October 31.

The stance is an apparent setback for British Prime Minister Boris Johnson, who since taking power in July has called for the backstop to be scrapped.

He has insisted the country must depart the bloc under any circumstances on the latest delayed deadline in order to honour the 2016 referendum which saw 52 percent of Britons vote to leave.

His bid to reopen the agreement struck with Brussels by predecessor Theresa May was encouraged by recent meetings with German Chancellor Angela Merkel and French President Emmanuel Macron.

The British premier said in a Sunday Times interview he saw “some very interesting signs of progress in our conversations”.

Johnson stoked controversy and protests Saturday across Britain after announcing Wednesday he had instructed Queen Elizabeth II to suspend parliament in the final weeks before Brexit.

The move was widely seen as a bid to limit the time his opponents will have to thwart a no-deal departure from the EU.

Thousands took to the streets of towns and cities across the country to decry the move to close parliament — known as proroguing — from mid-September until October 14.

Organisers using the slogan #StopTheCoup claimed as many as 100,000 people turned out in London.

MPs from across the political spectrum have vowed to introduce legislation blocking a no-deal exit as soon as they return to parliament from a six-week summer recess on Tuesday.