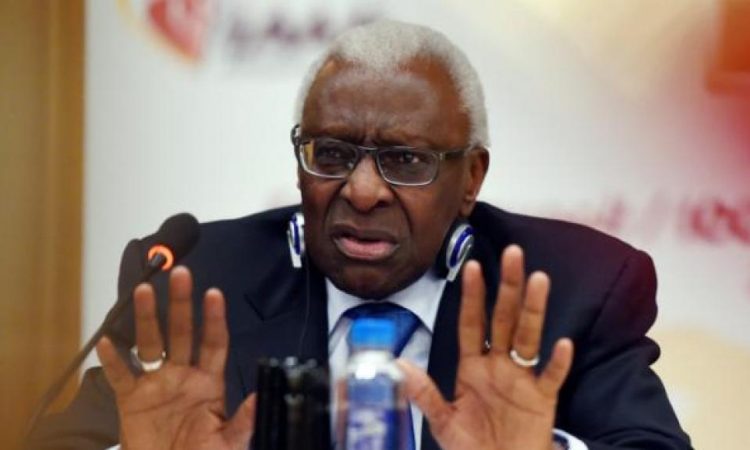 Diack, the 86-year-old Senegalese who was in charge of the International Association of Athletics Federations (now World Athletics), between 1999 and 2015, is charged with “giving and receiving bribes”, “breach of trust” and “organised money laundering”, and is expected to attend court.

The prosecution alleges that Diack obtained $1.5 million of Russian funds to help fund Macky Sall’s campaign for the 2012 Senegal presidential election — which he won — in exchange for the IAAF’s anti-doping arm covering up or delaying offences by 23 Russians.

The aim, prosecutors will say, was to allow the Russians to compete in the 2012 London Olympics and the 2013 World Athletics Championships in Moscow.

The trial, following a four-year investigation by the French Financial Prosecutor’s Office, is scheduled to run for three days a week until January 23 and the charges carry not only a maximum sentence of 10 years’ prison but also a heavy fine.

Also appearing in court will be Habib Cisse, Diack’s former legal advisor, who is suspected of having acted as an intermediary between the then-IAAF and Russian athletics and having received hundreds of thousands of dollars.

The former IAAF anti-doping chief Gabriel Dolle will also be there, accused of “receiving bribes” amounting to 190,000 euros. Both are French.

Missing from the trial, however, will be Diack’s son Papa Massata Diack, who handled lucrative contracts for the IAAF, and was implicated through a payment of 450,000 euros from Russian runner Liliya Shobukhova, allegedly to have her blood passport case delayed in order to compete in the 2012 Olympic marathon, as revealed by German TV station ARD in 2014.

Diack junior is accused of playing a “central role” in the network of corruption and is charged with “money laundering”, “giving bribes” and “aiding the receiving of bribes”.

The deal that prosecutors say helped fund the 2012 presidential election campaign of Diack senior’s friend Sall also allegedly smoothed the way for negotiations with Russian sponsors and broadcasters before the Moscow world championships.

Together, the Diacks are suspected of being at the heart of a web of corruption.

The case is being pursued by the French authorities because the alleged money-laundering happened in France.

Lamine Diack has been forbidden to leave France since the investigation began. Papa Massata Diack has been holed up in his native Senegal, out of reach of the French authorities.

Papa Massata Diack was, however, questioned in Dakar in November over accusations against him and his father as part of a separate Senegalese investigation, a source told AFP.

He has refused to leave Senegal and despite two international arrest warrants issued by France, the Senegalese authorities have said they will not extradite him.

The scandal that the trial touches on led to Russia being banned from competing in several international competitions over state-sponsored doping between 2011 and 2015. Despite being reinstated by other sports federations, Russia is still banned from competing as a nation by World Athletics.

Two other defendants will also be absent from the trial in Paris.